A crystal ball for predicting the future of flu 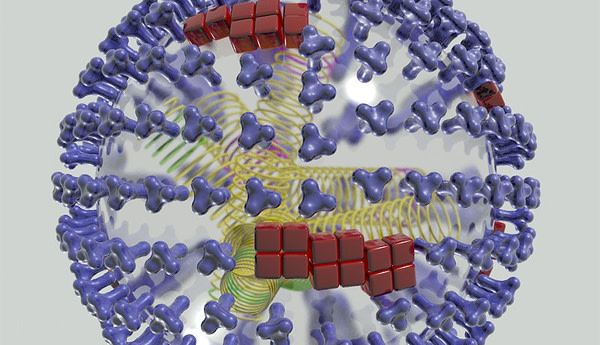 This blog has opened several doors for me. It has been a gateway to writing opportunities, speaking engagements and new friendships, and none of these benefits were apparent when I started. Everyone has similar stories of innocuous events that led to greater and unanticipated things. And such stories abound in the narrative of life. Take the H1N1 flu virus. The drug Tamiflu was generally effective against last year’s H1N1 swine flu pandemic, but it doesn’t work against the seasonal strains that naturally circulate among humans. Ever since 2007, these seasonal strains have evolved to resist the drug thanks to a mutation called H274Y. This genetic tweak prevents Tamiflu from sticking to the virus’s surface, masking the virus from the drug. The first viruses with this mutation were discovered in 1999. While they shrugged off Tamiflu, they proved to be otherwise feeble versions of their normal kin. This is a common theme – mutations that bestow resistance to drugs often hobble viruses in some other way. As a result, scientists dismissed the upstart mutation. But they were wrong – flu viruses bearing H274Y soon spread around the world. Last year, Jesse Bloom from the California Institute of Technology discovered why. He showed that H274Y rose to power thanks to two other “gateway mutations” called V234M and R222Q. These changes did little by themselves, but they helped to compensate for the crippling effects of H274Y. They made it easier for the flu virus to develop resistance to Tamiflu. It’s like giving someone a monitor one year, and then a computer the year later. Both presents are useless on their own, and the value of the first only becomes apparent when you have the second. When I covered this story last year, I wrote:

“[This] means that some strains of virus are inherently better than others at evolving drug resistance and other important traits. Perhaps some mutations are already out there that could eventually pave the way for more virulent viruses, or ones that could jump the species barrier from other animals. For now, we know of two permissive mutations that allowed H1N1 to pick up Tamiflu resistance. In the future, it would behove us to monitor other lineages of flu – particularly the recent pandemic strains – for these same changes. If resistance crops up, it will most likely do so in these strains.”

Sergey Kryazhimskiy from the University of Pennsylvania is doing exactly that. He thinks it might be possible to predict the evolution of flu viruses by looking for gateway mutations. Kryazshimsky reasoned that certain combinations of mutations would crop up far more often than others. Maybe one of them compensates for the other, just like H274Y and its gateway mutations. Maybe one mutation boosts the beneficial effect of the other. Either way, the whole is much greater than the sum of the parts. This phenomenon is known as epistasis. Kryazhimskiy looked at over 40 years of flu genomes and measured how quickly mutations appear at one place in the flu genome given another mutation at a second site. If the first mutation acts as a gateway for the second, the latter would turn up quickly after the former, and it would do so independently on many branches of the flu family tree. Kryazhimskiy found hundreds of such pairs. As expected, in many cases, the first mutation was neutral. It didn’t have any obvious effect and it usually didn’t even change the sequence of amino acids that make up the virus’s proteins. All it did was pave the way for the second mutation, which could crop up at an entirely different part of the protein between three to six years later. The first warns of the arrival of the second. The initial neutral mutations are often missed or ignored, but they can clearly be very important for the evolution of the virus. Among them were the gateway mutations that allowed H274Y to rise to power, the same ones that Bloom identified did last year. That’s a reassuring result. Better still, Kryazhimskiy found that his statistical technique would have identified the gateway mutations even if he only used data before Tamiflu was introduced. Kryazhimskiy has developed a crystal ball for the future of flu. We could potentially use his method to look for strains of H1N1 swine flu that have good odds of eventually defying Tamiflu. As new drugs are developed, we could identify the strains that are most primed for resistance. And we could even try to predict the evolution of existing strains to decide which we should target in the next seasonal vaccine. This ability to predict the path of evolution was the original goal of the study. Joshua Plotkin, who led the study, says, “To be honest, my main interest is in using influenza to address basic questions about molecular evolution. Since the laws of physics and protein folding are universal, we can hope to learn general lessons about protein evolution from studying influenza sequences.” From goals like these, motivated by pure scientific curiosity, important things often emerge. For example, Plotkin also says, “I'm also working to predict which pairs of sites will be responsible for emergence of Tamiflu resistance in pandemic H1N1. Currently, only seasonal H1N1 is resistant to Tamiflu, but it's only a matter of time before the new pandemic H1N1 acquires resistance as well. It would be nice to have advance warning of when this will occur.” Reference: Kryazhimskiy, Dushoff, Bazykin & Plotkin. 2011. Prevalence of Epistasis in the Evolution of Influenza A Surface Proteins. PLoS Genetics http://dx.doi.org/10.1371/journal.pgen.1001301Image by ScherleMore on flu: