These bacteria have survived with very little food by slowing their metabolism to almost zero. 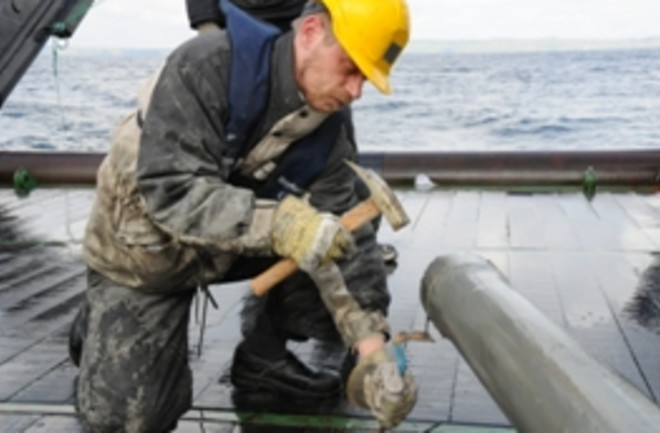 They say island life is leisurely—but beneath the ocean floor, life relaxes much further, nearly grinding to a halt. Last May researchers reported that bacteria survive harsh conditions there by going into a kind of suspended animation, expending perhaps the minimum amount of energy required for survival.

The extreme bacteria were found in red clay collected 100 feet beneath the seafloor under the North Pacific Gyre, a vast, nutrient-starved region of circular ocean currents running roughly between Japan and Mexico. The sediment containing the microbes is 86 million years old, and the organisms themselves are very likely just as ancient. Their only apparent food source all that time? Organic matter deposited along with them when they were buried, back when dinosaurs roamed the Earth.

To compensate for the chronic lack of food, the microorganisms dialed back their metabolism to near zero. Hans Røy, a geomicrobiologist at Aarhus University, found that each cell uses about one oxygen molecule per second—roughly one hundred-thousandth the metabolic rate of typical surface bacteria. The ocean-bottom microbes also reproduce at an extraordinarily sluggish pace, replicating at most just once every 100 to 1,000 years.

“There must be a limit to how slowly you can grow,” Røy says. “With these cells, we speculate we’re looking at that lower limit.”