Our lives extend only decades, so how do scientists study climate going back thousands and millions of years? Ancient pollen, clam shells, columns of sheer ice, and more. 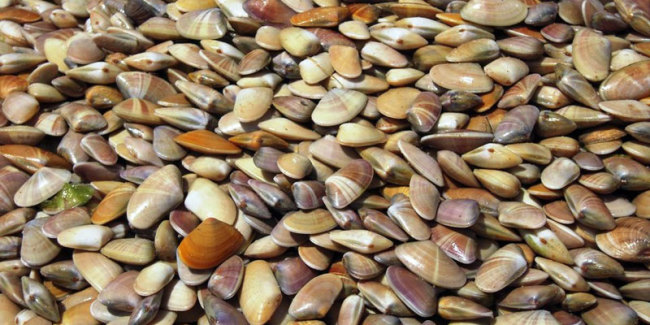 How can scientists compare today's climate to conditions of the distant past, long before humans started happily jotting down records of the weather? The climate of the past is kept like a secret in objects all around us. Ice from glaciers and sediments beneath our feet keep a catalog of temperatures hidden in their chemical composition.

Most of these measures can tell researchers the average yearly temperature over a series of years. But clamshells may do even better than that. A study this March of clamshells taken from Iceland found that the levels of oxygen isotopes in the shell layers varied depending on the temperature of the water in which they formed. By slicing tiny layers for analysis, the team found that it could determine temperature variation down to weeks, not just years. 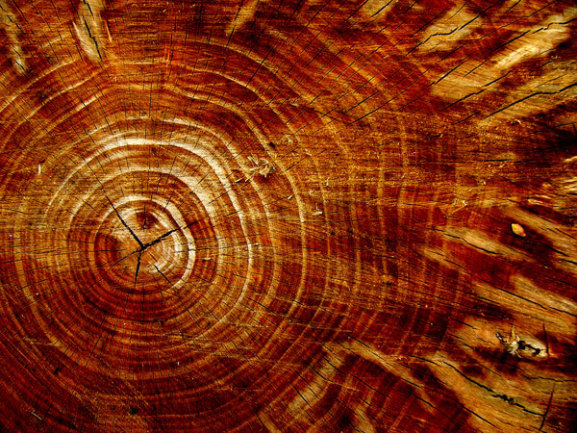 You learn in grade school that each ring in a tree represents a year. But there's more information hidden away in these concentric rings. The thickness of a ring shows how much the tree grew during that year. If scientists know what temperature and moisture level make the tree happy, they can use the thickness to gauge what the climate was like that year.

Paleoclimatology labs around the country, like the one at the National Oceanic and Atmospheric Administration, are therefore busily building databases of tree ring data. 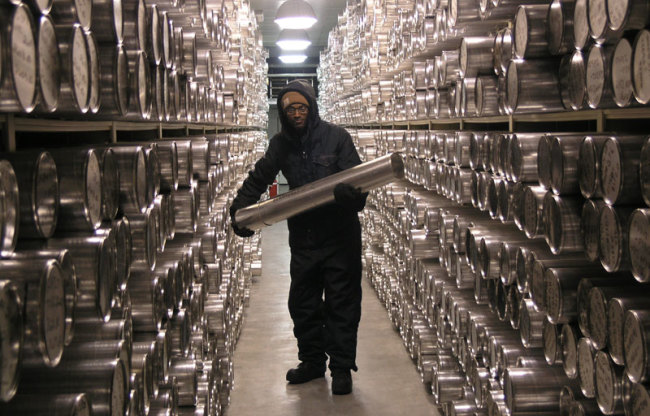 In the 1960s, scientists began extracting ice cores from Greenland and Antarctica. These frozen columns can compress hundreds of thousands of years into their vertical reach.

Like the clamshells, ice cores tell scientists about the temperature record through their chemical composition, particularly the oxygen isotopes--ice with less heavy oxygen (made heavy by additional neutrons) indicates cooler temperatures. But ice cores can do so much more. The thickness of layers reveals how much snow accumulated in a year. If there's a large different in snow for the same year between one ice core and another, that can indicate which way the wind was blowing. And tiny air bubbles trapped in the ice can allow scientists to see what gases were present in the ancient atmosphere.

No, this picture doesn't show the warehouse where they're keeping the Ark of the Covenant; it's the US Geological Survey National Ice Core Lab. 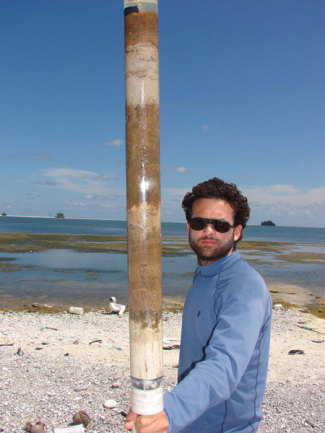 Ham radio operators--that's how Daniel Nelson got to Clipperton Island to make this find.

The place is a remote uninhabited Pacific island under French control, and the ham radio enthusiasts wanted to go so they could broadcast from such a faraway place. By splitting the travel costs, the scientific team from the University of Washington got to travel to Clipperton to take sediment cores.

Sediment cores, like ice cores, are vertical columns taken from the ground to extract paleoclimate data. The Washington team was keen to study cores from Clipperton because the island lies in the Inter-Tropical Convergence Zone, where the Northern and Southern hemispheres' winds come together. The ITCZ moves around in a cycle and has a profound effect on tropical weather. 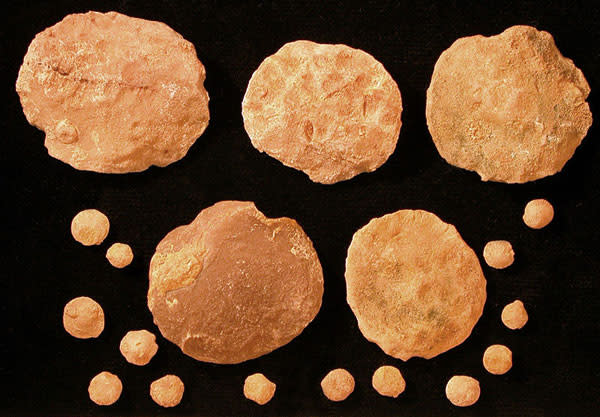 Foraminifera date back to the Cambrian Period, 500 million years ago. These simple organisms, with shells that are technically known as "tests," are found throughout the world's seas, including in the deepest parts of the ocean--the Mariana Trench and the Challenger Deep. Even the limestone in the Egyptian pyramids contains foram remains, the ancient historian Herodotus noted.

Because these creatures go way back, they can provide a deeper record into the past than any of the other approaches listed here. This 2001 paper in Science used the record of carbon and oxygen isotopes in foraminifera to reconstruct the climate rhythms of the last 65 million years. 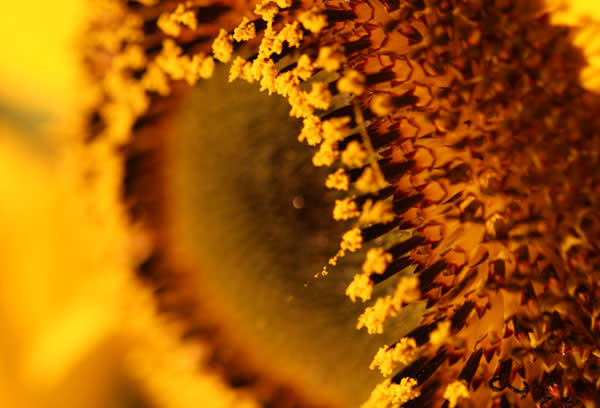 Pollen may seem like ephemeral dust when it's aloft on the breeze, but those grains can have surprising staying power in the environment. After plants spread theirs far and wide it can be preserved in lakebeds or fossilized in soil. When scientists take a sediment core, they sometimes find that pollen from different species dominates in different eras. And since plants thrive best under particular temperatures and conditions, researchers can use the pollen mix to determine the climate of an era.

In one 2009 study, researchers used pollen traces to study the climate of the Andes mountains in South America, and found evidence that a warm spell between 1100 and 1533 AD allowed for more agriculture on the mountain slopes. That may explain the Inca civilization's expansion during those centuries, researchers suggest. 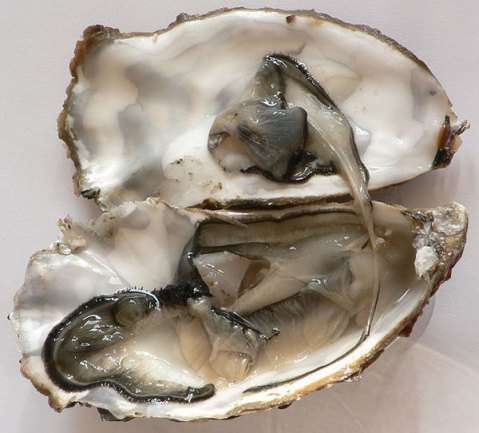 Like their mollusk colleagues the clams, oyster shells can keep climate records in the composition of their shells. Oysters recently informed scientists about a key moment in American history--the settlement of the Jamestown colony in Virginia in 1607, and its first few trying years.

The colonists' records suggested that they encountered a hostile environment; oyster shells confirmed that the colonists experienced a worst-in-a-millennium drought upon arrival, worsening an already tough situation. Archaeologists found the shells in a Jamestown trash dump where the colonists threw out their kitchen trash. The 400-year-old shells show that the James River was saltier back then, which shows that there was little rainfall to recharge the supply of fresh water.

Giant sequoias are unimpressed by your puny human lifespan. Between the years 800 and 1300, while Europe was still slogging its way through the dark ages, the California sequoias were enduring a dry shift in the climate that sparked more wildfires. We know because sequoias still alive today bear the fire scars. The marks in their tree rings match up with charcoal deposits in the area that date to the same period, too. 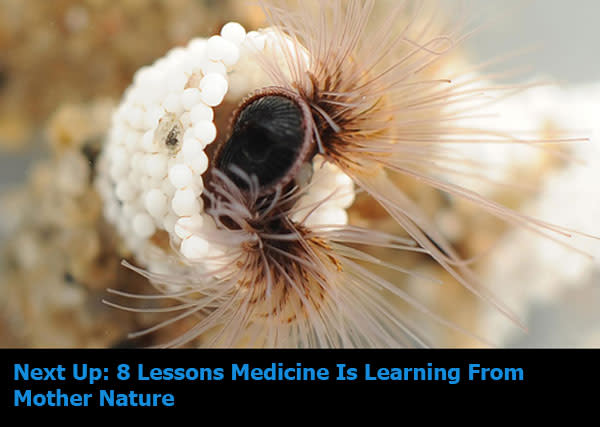