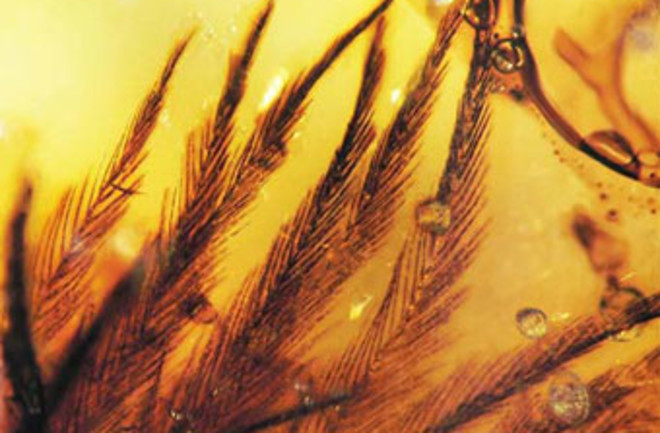 “That’s got to be a hair,” University of Alberta paleobiologist Alex Wolfe thought when he saw a thin strand in a piece of 80-million-year-old amber. But a look through a microscope revealed the sheen and ringed appearance found only in true feathers. Wolfe and colleagues then combed through 150,000 pieces of amber from the fossil-rich rocks of Alberta, Canada. In all, they turned up 11 stunning feather samples [PDF] from the Late Cretaceous, even capturing pigmentation and 3D structure. The specimens document the full evolutionary spectrum of feathers, from simple strands—previously inferred only from fuzzy halos seen in rocks—to complex structures adapted for flight and diving, which Wolfe’s team believes came from ancient birds.