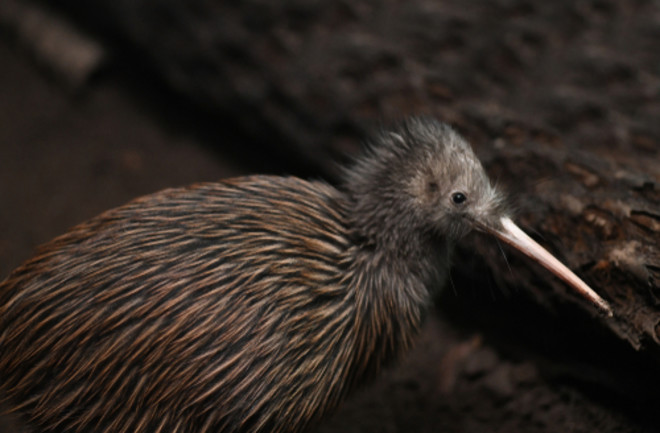 New Zealand’s kiwi birds, a national symbol, are endangered. And scientists say the rest of the island’s bird populations have also been hard hit by humans. (Credit: Lakeview Images/Shutterstock)

When the Maori arrived to New Zealand from Tahiti some 700 years ago, they found a “land of birds.” The gargantuan, ostrich-like moa stood as tall as 10 feet and the kakapo – a giant flightless parrot with the face of an owl –then roamed the island country in abundance. Today, moa are extinct and kakapos as well as kiwi, the nation’s bird, are endangered.

Now, scientists studying the matter have found that it would take 50 million years to recover the diversity of birds that were present before humans arrived in New Zealand. The findings highlight how conservation decisions made today will have impacts for millions of years, the researchers say.

“The fact that it is such a huge amount of evolutionary time lost really puts into perspective the impact that humans have already had on natural isolated systems,” said evolutionary biologist Luis Valente, who led the new research.

The naturalist Alfred Russel Wallace once called New Zealand’s plant and animal life “wonderfully isolated.” Separated from Australia, its nearest neighbor, by more than 1,000 miles, New Zealand’s birds evolved into a range of feathered friends found nowhere else on the planet. But the winged creatures – many of which were large and flightless – were vulnerable to hunting. After humans arrived to the islands, nearly half of bird species went extinct. Although scientists have a good sense of how many species humans already took out and are now threatening, Valente and a team of scientists wanted to know the deeper impact.

To find out how much humans upset New Zealand’s unique bird diversity, the researchers collected data from other research in the field. Scientists know the precise times when many of New Zealand’s birds went extinct from decades of paleontological and archaeological research, Valente said. And some studies have archived ancient DNA from extinct birds on the island, while others have documented the evolutionary history of the country’s extinct and living birds. Once the team had had compiled the data, they applied it to a new computer model that estimates how fast species evolve and die.

The moa were a species of flightless birds native to New Zealand that were hunted to extinction by humans. (Credit: Morphart Creation/Shutterstock)

The model revealed it would take 50 million years to regain the diversity of birds that was lost due to humans in New Zealand the researchers report Monday in the journal Current Biology. That number came as a surprise to the researchers. The scientists had previously shown that it would take about 8 million years to recover bat diversity in the Caribbean. “The evolutionary impact of humans was much deeper than we had anticipated,” Valente said. “So the effect of humans on New Zealand birds … was considerably larger.”

The team went on to show it would take as many as 10 million years to recover currently endangered birds if they went extinct. “Some think that if you leave nature alone it will eventually recover from the impact of humans, but what we show is that this recovery would be incredibly slow,” Valente said. He hopes the conservation management practices that New Zealand is now using “will be able to stop further species from going extinct, and prevent another 10 million years of evolutionary history that are under threat from being lost.”