#31 Octopuses Can Stray From Their DNA

By editing their genetic material, they can gain new traits. 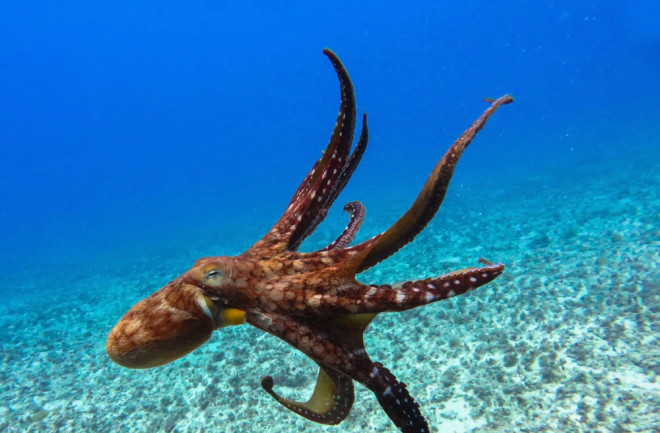 If our DNA is a blueprint, then RNA is the messenger, ferrying instructions for biological tasks to our cells. If you’re an octopus, though, that message can change en route.

An international research team found that octopuses can edit their RNA, albeit unintentionally. This ability may offer some of the same adaptive benefits as natural selection, but on an individual level. Writing in April in the journal Cell, the scientists said this ability allows octopuses to reinterpret their DNA in a way that could grant them new traits, like better cold adaptation. There were also hints that these RNA changes made the animals smarter.

Octopuses are infamously clever, and such RNA editing could help explain why. Adding weight to this theory is evidence that nautiluses, a closely related shelled cephalopod known to be less intelligent, don’t possess the same editing capabilities.

There is a trade-off, however. To preserve their RNA-editing powers, octopus genomes are much more resistant to mutation, the driving force of natural selection. This means that while individuals can make relatively sweeping changes to their bodies, the species as a whole doesn’t change much from generation to generation