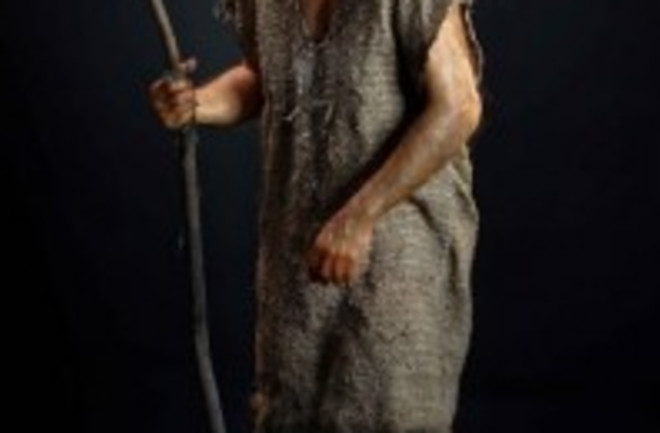 A scientific reconstruction of one of the oldest sets of human remains found in the Americas appears to support theories that the first people who came to the hemisphere migrated from a broader area than once thought, researchers say. Mexico's National Institute of Anthropology and History on Thursday released photos of the reconstructed image of a woman who probably lived on Mexico's Caribbean coast 10,000 to 12,000 years ago. She peeks out of the picture as a short, spry-looking woman with slightly graying hair. Anthropologists had long believed humans migrated to the Americas in a relatively short period from a limited area in northeast Asia across a temporary land corridor that opened across the Bering Strait during an ice age. But government archaeologist Alejandro Terrazas says the picture has now become more complicated, because the reconstruction more resembles people from southeastern Asian areas like Indonesia.

I think this gets at the fallacy:

But Gillespie cautioned against comparing a reconstructed face from 10,000 years ago to modern populations in places like Indonesia, which have also probably changed over 10 millennia. "You have to find skeletons of the same time period in Asia, or use genetic reconstructions, to make a strong connection, and cannot rely on modern populations," she wrote. "Do we have any empirical data on what Southeast Asian women looked like ... 10,000 years ago?"

A few years ago some scholars asserted that Kennewick Man resembled "South Asians." I'm open to the possibility of a more complex peopling of the Americas, but until we get ancient DNA (something that is very difficult in the USA), it seems rather strange to make assessments of phylogenetic descent based on phenotypic similarities between one ancient specimen and modern populations. Image Credit: AP Photo/ Mexico's National Institute of Anthropology and History