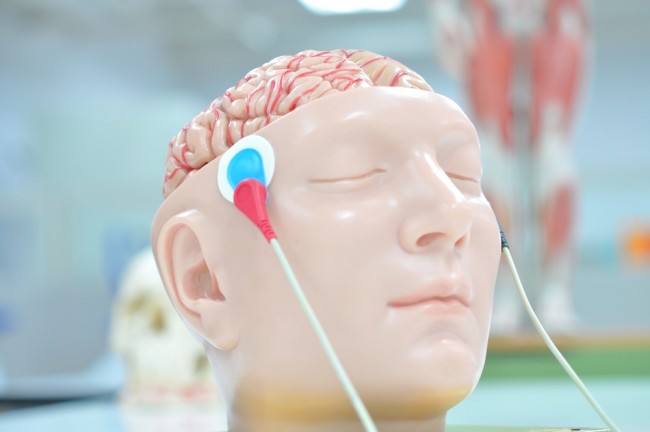 Need some creative, out-of-the box ideas? Try adding a little jolt to your next brainstorming session. Researchers from the University of North Carolina-Chapel Hill have found that stimulating the brain with electrical impulses boosts creativity. The impulses, researchers say, activated specific brain waves associated with originative thinking, and people who were buzzed scored significantly higher on a test of creative thought. Time to kiss writer’s block goodbye.

Our brains are constantly emitting different flavors of rhythmic electrical patterns, called neural oscillations, as neurons fire. Alpha oscillations, it was shown nearly 100 years ago, occur most often when we close our eyes and attempt to shut out the outside world. And in 2012, researchers found a link between alpha oscillations and creative thinking. Alpha waves appear to signal a brain deep in thought, daydreaming or conjuring new ideas. The team from Chapel Hill wanted to see if artificially generated alpha waves could accomplish the same result. So they delivered electrical stimulation to the frontal cortexes of 20 volunteers between the ages of 19 and 30. Each person was tasked with completing two versions of the widely used Torrance Test of Creative Thinking while receiving impulses to the brain for about 30 minutes. The procedure is called transcranial alternating current stimulation, a technique similar to the more well known transcranial magnetic stimulation. The experiment included two stages: a control stage with sham stimulation and an alpha wave stimulation stage; however, participants didn’t know which type they were receiving. In both stages, participants felt a slight tingle at the start of the test. When participants received alpha stimulation they performed significantly higher — about 7.4 percent on average — on the Torrance test than they did during the control session. Researchers published their findings this week in the journal Cortex. “That’s a pretty big difference when it comes to creativity,” Flavio Frohlich, the study’s author, says. “Several participants showed incredible improvements in creativity. It was a very clear effect.”

The findings will be of interest to the emerging DIY brain stimulation community. Tinkerers are making their own electrical stimulation kits to treat their chronic pain or depression, building on recent evidence that's shown transcranial magnetic stimulation to be widely promising, as Wired reports:

British neuroscientists have claimed it can make people better at learning math. A team at Harvard has found promise for depression and chronic pain. Others are looking into using it to treat tinnitus and eating disorders and to speed up stroke recovery. Hundreds of papers have been published, and clinical trials are under way.

However Frolich cautions against people zapping their own brains for personal benefits. “We did a well-controlled, one-time study and found an acute effect,” says Frolich. “Also, I have strong ethical concerns about cognitive enhancement for healthy adults, just as sports fans might have concerns about athletic enhancement through the use of performance-enhancing drugs.” Regardless, electrical brain stimulation certainly adds new meaning to “putting on your thinking cap.”