Your Car Has a "Face," and It May Save Your Life 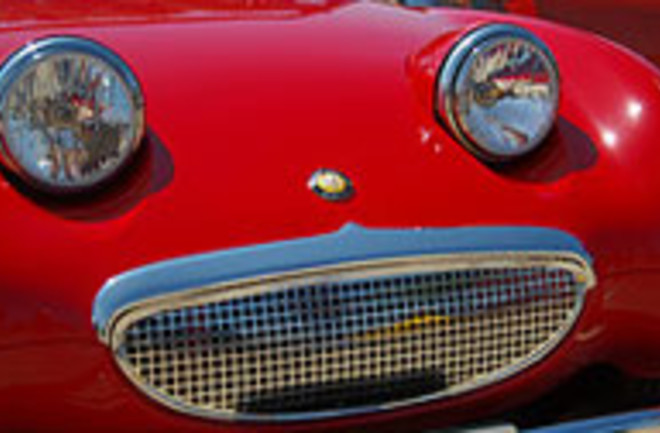 As anyone who's seen movie Cars knows, the front of an automobile can look suspiciously like a face. Now, scientists in the field of shape analysis, or morphometrics, are exploring how a car's "face," or front design, can also give it a personality. A Volkswagen beetle, for example, has a rounded, childlike face that implies niceness, whereas a Ford Mustang has a mature, angular mug that looks distinctly masculine—and far more aggressive. What's more, the ability to see faces in inanimate objects may have served an evolutionary purpose, according to the researchers. The AP reports:

Facial features offering clues about a person's sex, age, emotions and intentions helped early humans "know whether the guy that just stepped out of the bushes is going to take your head back for a trophy or invite you to lunch," [shape analysis researcher Dennis] Slice said.

Those identifications are so important that people also tend to see faces even where they don't exist.

"If you get it wrong and you see a face in a cloud or a stone or a mountain or some burnt toast [ed. note: Or a block of wood] then you might be frightened a little bit, but it's no real cost to you," Slice said. "But if you should ever miss a face and that person wants your head, then that's a serious omission."

Next, the researchers might examine how other drivers react to cars with faces that project different personalities, or how adjusting the position of the headlights or other "features" can change which types of customers find a particular car appealing.

At least these people are just analyzing inanimate objects - not marrying them.

Discoblog: The World’s Fastest Car…Powered By Wind, That Is