Will Neuroscience Have A "Manhattan Project"?

I've been reading a biography ofJ. Robert Oppenheimer, the 'father of the atomic bomb'. Oppenheimer was famously the scientific head of the Los Alamos laboratory, who as part of the Manhattan Project, invented and built the first atomic bombs, thus transforming the science of physics, as well as the world. 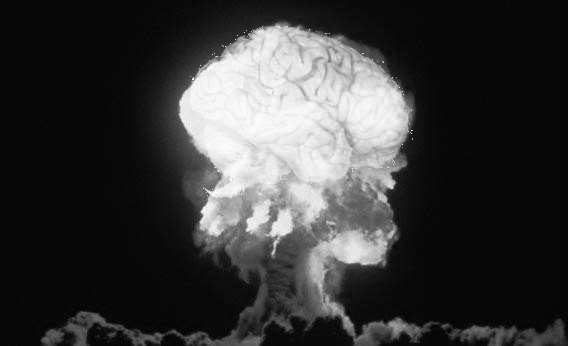 I wonder - will neuroscience ever have its own Manhattan Project? What I mean by this is, will advances in neuroscience ever reach the point that further advances, in certain directions, would become a matter of national security? Would a government ever feel the need to nationalize certain kinds of neuroscience research - giving researchers resources while taking away their freedom to work independently? Obama's plan to Map The Human Brain has been called a neuro-Manhattan Project, but that's hyperbole. The President is going to give neuroscientists money, but he's not commissioning them to work for the US government and the results of the research will be made available to scientists everywhere. The real Manhattan Project was top secret. So will neuroscience ever threaten to become as useful, or as dangerous, as nuclear physics has? Here's two scenarios where I can see this happening: If it ever becomes possible to put someone into a brain scanner and, without their consent, work out what they're thinking - to read minds, not just in a lab setting but in a really useful way - that would revolutionize intelligence, espionage and policing, perhaps as deeply as the atomic bomb revolutionized warfare. Such a technology would be of great interest to governments. Likewise, were it to become possible to directly manipulate someone's opinions, memories, or attitudes in such a way that the subject was subsequently unaware of this having happened (i.e. Inception or the Manchurian Candidate) - this would also be a matter of national security. Such things are impossible today. They might never be achievable, but they're not so far-fetched as to be unthinkable. Already we have made small steps along the way. I'd wager it will be decades at least before these technologies could be 'useful' but if ever it looks like it's about to happen, could neuroscientists find themselves conscripted in the same way physicists were 70 years ago?