WiFi Medicine: Implantable Biosensors That Could E-mail Your Doctor 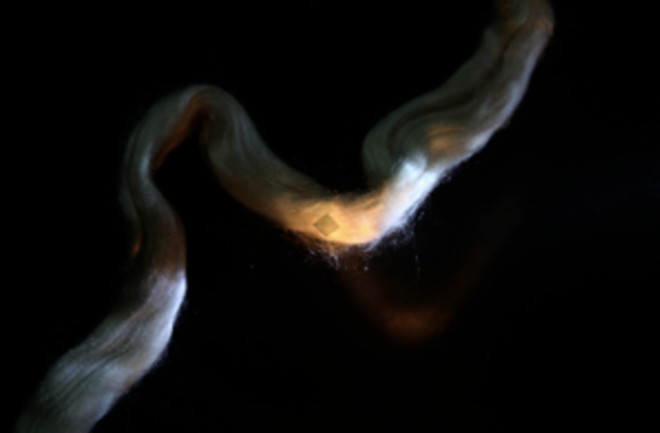 Having already become a ubiquitous part of our mobile-centric daily lives, wireless technologies are now poised to slip inside our bodies. Researchers and companies around the world are designing the next generation of biosensors—implantable microchip-like devices that can monitor a patient's health and ping doctors on their smartphones or computers if something is amiss. One day, some of these devices could even apply short-term fixes or treat disorders outright. The major challenge that scientists face is developing a sensor that is both long-lived and biocompatible. The human body is extremely picky about implants, and will quickly reject or react poorly to most materials found in everyday electronics. Even the materials that make peace with the body's immune system, like those found in pacemakers, are not always ideal. Some require constant maintenance, while others need to be replaced every few days and are inconvenient to install, to say the least. But external devices have their own problems. Patients often forget to wear portable devices like glucose monitors, making it more difficult for their physicians to evaluate their condition over extended periods of time. And imagine how annoying it would be to walk around with several monitors because your doctor wanted to track multiple vital signs. A much better alternative would be a single, unobtrusive, and long-lived implant that could detect and measure several chemicals in the body at once. Fiorenzo Omenetto, a biomedical engineer at Tufts University, may have the solution: a tiny flexible biosensor wrapped in silk and gold. Long-time DISCOVER readers will already be familiar with the many benefits of silk and its numerous potential applications in medicine—there's a reason we've been trying to mass-produce spider silk for years. In addition to being super-tough and stretchy, silk also happens to be a great fit for most tissue surfaces in the body. What makes gold an appealing component is its unique electromagnetic properties. Along with a number of other highly conducting metals, including silver and copper, gold can be tweaked on a nanoscale level and combined with other materials to respond to frequencies in the terahertz range, which sits at the far end of the infrared range. These artificial composites, called metamaterials, have vaulted into the popular imagination in recent years due to their frequent association with the Harry Potter invisibility cloak. As it turns out, enzymes and other proteins in the body resonate at specific frequencies within this range (they have their own "T-ray" signatures), making them easy to identify with the right type of antenna—the biosensors. To build the sensors, Omenetto and his colleagues took 1 square centimeter silk film squares and sprayed them with a gold-based metamaterial sheen. They then folded them up into small cylinders and implanted them into muscle tissue. Even buried under several thin slices of muscle, the sensors still resonated at their characteristic frequencies. The sensor works by detecting subtle changes in the silk substrate that are caused by blood proteins and other chemicals floating around it in the tissue. Once the metamaterial picks up on the molecules' distinct T-ray signatures, it transmits the information back to the researchers. In the case of a diabetic patient, for instance, the metamaterial would be able to track minute variations in glucose and insulin levels. As Omenetto puts it, the sensor is effectively "a lot of small antennas that behave as one." The possibilities of this sensor in research and medicine could be limitless. The ability to detect tell-tale signs of diabetes, cancer and a variety of other severe diseases would make treatments much more effective and tailored to the individual patients. Though the field is still in its infancy, startups like GlySens Incorporated and Physiologic Communications are hoping to capitalize early on the growing wave of interest in this technology. In addition to tracking small-scale changes in protein levels, the sensors could eventually be used as remotes to activate other devices in the body, such as a wireless defibrillator or insulin pump. And there may come a day when we can check our health status via an iPhone app. Of course, I'm still holding out hope for Fantastic Voyage-style mini-submarines to monitor the body, but that's a different story.