Why Keep Your Body? Help Yourself to Big Muscles, Cyborg Limbs, and a Big Booty Colonel Quaritch and his exoskeleton from Avatar Science fiction is sometimes a playground to explore what it would be like to have a different body. Most recently, in Avatar and Iron Man 2 we saw people joined to exoskeletons, which are being developed in real life for the military and for rehabilitation. The biomechanics of these exoskeletons are a close mimic of our own but with much more power or size. In Avatar, we also witnessed people experience the novelty of inhabiting a three-meter-tall blue body with movable ears and a neural interface that conveniently doubles as a tail. But why wait for the shapeshifting future? Corsets and girdles are the best known types of “foundation garments” or “shapewear,” but for me at least, they are more Jane Eyre than Madonna, despite the latter’s use of them in her performances over the past twenty years. For those who actually use shapewear on a day-to-day basis, the most common types must be the padded bra and shoulder pads. But the past week highlighted two new ways of changing the shape of our body. The first was in a Wall Street Journal article by Rachel Dodes on padded panties that promise to give Beyoncé-level gluteus maximi to the large behind-inclined; the second is from Sylvester Stallone’s comment that “action movies changed radically when it became possible to Velcro your muscles on.” 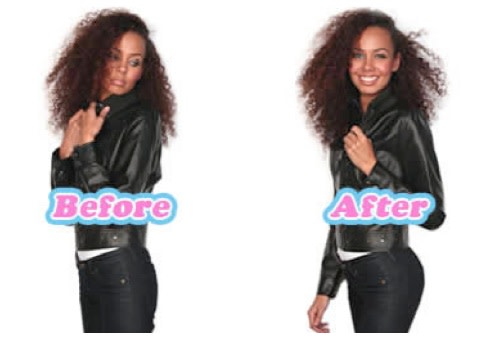 Three cheers to Stallone for bringing male shapewear to our attention. Besides those sometimes unsettling codpieces we see when we watch ballerinos perform the Nutcracker, it turns out that you can purchase just about as many kinds of shape enhancing undergarments for men--bottoms and tops--as for women. Unlike the “Booty Pops” talked about in the WSJ article, which are available at Walgreens and Bed Bath and Beyoncé Beyond, these are not quite as readily available, however (or so I’m told). Changing our body and face shape is an old past time, of course but shapewear now seems an especially timely approach as a form of body shaping on the cheap, with no trainer or surgery required. In words that would make the hover-chaired human blimps of Wall-E eat another banana split, these two new types of shapewear have already been tied to freedom from the misery of physical movement. Stallone now realizes that he “didn't have to go to the gym for all those years,” while Booty Pop’s website celebrates that “No expensive surgery or overpriced trainer required.” This is body-shaping custom-tailored for the calorically abundant and economically depressed times of Homo sedentarius.

The mass embrace of the Booty Pop, to choose my words carefully, hints at a new stance toward the human body as human scaffold. It’s a fitting preamble to the future envisaged by sci-fi, when robotic augmentation or more radical reshaping of our body shape through genetics may come to pass. My personal hope is that I’ll have a chance to be an octopus in some future life, so that I can answer emails with two tentacles while using others for stuffing my clam-hole with deep fried cheese, doing an experiment, and lifting barbells. Or maybe I’ll just get Octobooty Pop instead.