Why I Want A Male Birth Control Pill 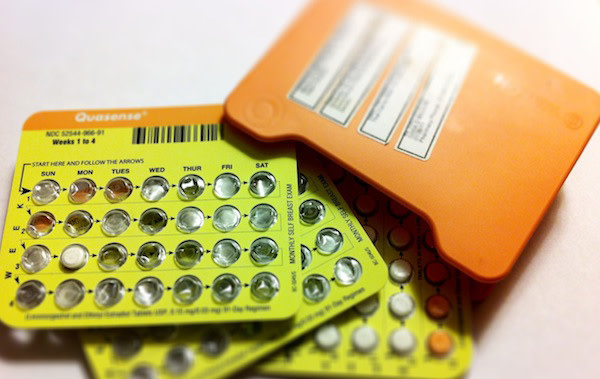 The 50th Anniversary of the Pill was last year. Lots and lots of people mentioned how good, bad, unimportant, or essential the Pill has been. Our society changed the way it thought about sex, about reproduction, even about love and relationships. Women being able to take control of their reproductive abilities is one of the greatest advancements in the history of modern human biology. Even if it isn't universally beloved, the Pill is worth defending and improving. It makes the world a better place. Female hormonal birth control is an exemplary form of human enhancement. But, astonishingly, non-barrier birth control for men doesn't yet exist. The current choices are condoms or vasectomies. That's it. We are in want of a form of birth control that makes men temporarily and reversibly infertile. We don't have it, we need it, and when it comes out, it'll be as revolutionary as the Pill itself. It's on my list of must-have forms of reproductive enhancement, along with artificial wombs. Which brings us to the question at hand: where the hell is it already? Much like cold-fusion and flying cars, male birth control is always "just around the corner." The "bright pill" is trying to inhibit the reproductive function of sperm. Ultrasound might be able to interrupt sperm production so that a man is temporarily sterile for six months at a time. Hormones might also be an option. If there are so many options, why don't we have one that works? The problem seems to be the sheer number of sperm. Females ovulate once a month, meaning one, count 'em, one egg is released. Men are, uh, different. To quote an expert:

"Men make 1,000 sperm every second," said John Amory, a male reproductive specialist at the University of Washington, Seattle. "It's proven to be a lot more difficult to turn that degree of production off compared to one egg a month."

That is just way too many sperm. But pure biology doesn't seem to capture the problem. Other problems include male willingness to take the pill, impact on libido, and other social and physiological side-effects. Which brings up new questions about the male pill: Will men remember to take it? Will men