While a Storm Races Inside a Patient's Brain, Doctors Race to Save Her

A healthy 29-year-old collapses and remains in a coma despite months of treatment. 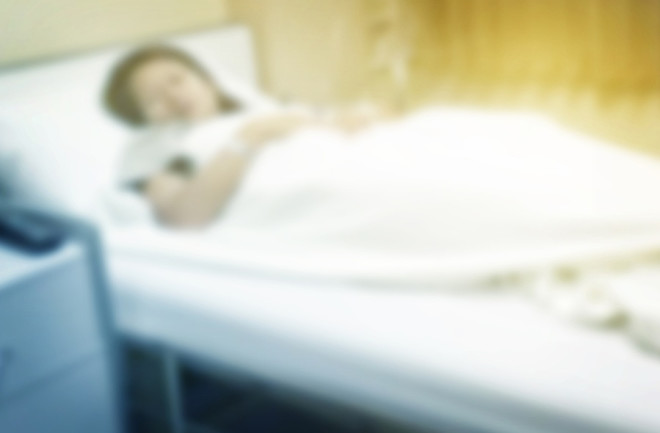 Antonia was missing. She had failed to pick up her 14-month-old daughter, Tia, at day care, and her sister, Jaclyn, couldn’t reach her by phone.

Jaclyn headed to Antonia’s house to find out what the problem was. When she arrived, she noticed the front door was unlocked — a bad sign. She searched the rooms, calling out her sister’s name, until she heard running water coming from the kitchen.

Jaclyn found the 29-year-old lying on her back unconscious, brown foam on her lips. Her eyes were open, staring in the direction of her car keys on the tile floor. The faucet was on.

During the ambulance ride, responders intubated Antonia to keep oxygen flowing into her lungs. They also performed a series of tests: an electrocardiogram, which records the heart’s electrical activity, and measurements of her pulse and blood pressure. Everything was normal.

The responders then checked her blood sugar to see if she was in a diabetic coma, a common cause of sudden unconsciousness. They also gave her naloxone, which reverses an opioid overdose, typical protocol when someone is found unconscious.

When she arrived in the emergency room, still unconscious, Antonia underwent more tests, including for drugs in her system. No red flags appeared. A CT scan of her brain found no abnormalities.

Why would a generally healthy person suddenly collapse and become comatose? I talked to Jaclyn, in search of clues.

“She’s a really responsible person,” Jaclyn said. “And she’s a really good mom, I’m telling you. Even after she passed out, she was reaching for her car keys to, you know, pick up her daughter.”

“No, not moving. Her eyes were locked on the keys, staring directly at them.”

Noticing my expression change, she paused. “Does that mean something?”

“Which way did you think her eyes were looking?”

I went back to Antonia’s bedside in the ER and gently retracted her eyelids. Her pupils were midline — looking straight ahead.

We admitted Antonia to the hospital’s neurology intensive care unit.

I suspected Antonia had had a seizure, caused by abnormal electrical firing in the brain. People often think of seizures as full-body convulsions, known as generalized seizures, which can affect the entire brain. But people can also have focal seizures that impact only part of the brain. These can involve subtle symptoms: slight twitching of the face, a tingling sensation, a temporary speech problem — or involuntary eye movement.

A seizure in the frontal lobe can cause the eyes to deviate to one side, then return to midline when the seizure ends. I suspected that’s what had happened to Antonia. But usually within hours after a seizure, patients wake up; the fact that Antonia’s eyes had returned to midline suggested her seizure was over. She should be awake.

That presented two possibilities: Either her seizure had ended very recently and she hadn’t yet recovered, or she was having a so-called subclinical seizure. This kind is devoid of even subtle seizure symptoms like body twitches and jerks. Yet beneath the surface, the brain is erupting, like an underwater volcano.

I ordered an electroencephalogram, or EEG, which measures brain activity and can detect abnormal neuronal firings.

Doctors often anthropomorphize diseases, talking about them as though they are the enemy. There’s the irritable bowel or aggressive tumor, for example. When I saw Antonia’s EEG results, I thought, “Angry seizure.” It showed a series of jagged spikes.

Now I understood why Antonia wasn’t waking up: She was having continuous epileptic seizures.

We concluded that Antonia had the rare syndrome NORSE, or new-onset refractory status epilepticus. NORSE’s cardinal symptom is continuous seizures. The syndrome can attack people like Antonia, who had never had an epileptic seizure before.

Though its cause is unknown, doctors think NORSE is related to autoimmunity, the set of conditions in which a person’s immune system attacks the body. In this case, antibodies attacked neurons in Antonia’s brain, causing abnormal firings and relentless electrical storms.

Antonia remained comatose for months, despite receiving every anti-epileptic medication in our arsenal. Seven medications were in doses higher than I had ever seen. Though she looked physically unchanged, we knew that with each passing day, the odds of brain recovery got worse. The enemy was winning.

Twice we tried high-dose steroids to suppress the immune system, but to no avail. We also administered donated antibodies, called pooled immunoglobulin, hoping to jump-start a healthier immune response. When that failed, we exchanged her blood plasma with that of a healthy donor, a process known as plasmapheresis. It did not help.

With only a handful of NORSE cases reported in the medical literature, we had little precedent and no protocol to guide us. We were shooting in the dark.

Antonia had been in a coma for six months. Her brain continued to seize, and her body had become brittle and emaciated. She was dying.

In the ICU conference room, our team passionately debated whether to administer a medication called cyclophosphamide. It’s perhaps the most potent immunosuppressant, often used as chemotherapy for aggressive cancers.

If Antonia’s immune system was causing her seizures, my argument went, why not shut it down with the biggest gun we have? But colleagues worried the drug would render her vulnerable to a parade of life-threatening infections. Because Antonia’s health was so grave, we took a chance and injected the drug.

During the weeks she was on it, her white blood cell count — a measure of her immunity — dropped to nearly zero. She had fevers, developed pneumonia and suffered several bloodstream infections. Her heart rate rose and her blood pressure dropped, pulling her into septic shock.

Eventually I handed over Antonia’s care to another doctor. I received almost no updates for seven weeks, until one morning a resident said to me, “Did you hear about Antonia?” I braced for bad news. “She’s awake.”

I ran to Antonia’s hospital room. She was sitting up in bed as Jaclyn spoon-fed her oatmeal. Her daughter, Tia, was marching around the room holding a doll. Now age 2, Tia was taller and more gregarious than she had been nine months ago when Antonia had collapsed.

Because of extensive muscle atrophy, Antonia was mostly immobile. She couldn’t walk or feed herself. She could only lift her left arm 3 inches above the bed and wiggle her toes. Her language and cognition had also profoundly regressed. But despite these challenges, she could potentially reclaim her independence through cognitive and physical rehabilitation.

When Antonia saw me, she studied me for a moment, then said, “Walking?”

I assumed she was asking when she would be able to walk. “Soon, I hope,” I said. “We want you to be walking when you’re strong enough.”

Jaclyn laughed. “No, no. She’s not talking about herself.” Jaclyn motioned toward Tia prancing about.

[This article originally appeared in print as "The Big Sleep"]