Most people believe that scientists have high levels of objectivity and integrity - and scientists themselves share these positive views of their own profession. But according to scientists, not all researchers are equally upstanding, with male and early-career scientists being seen as somewhat less trustworthy than others. That's according to a new paper from Dutch researchers Coosje Veldkamp et al.: Who Believes in the Storybook Image of the Scientist? Based on a series of studies in samples of scientists as well as highly educated non-scientists (as control groups), the authors conclude that:

Here's the results on researchers' views of male vs. female scientists: 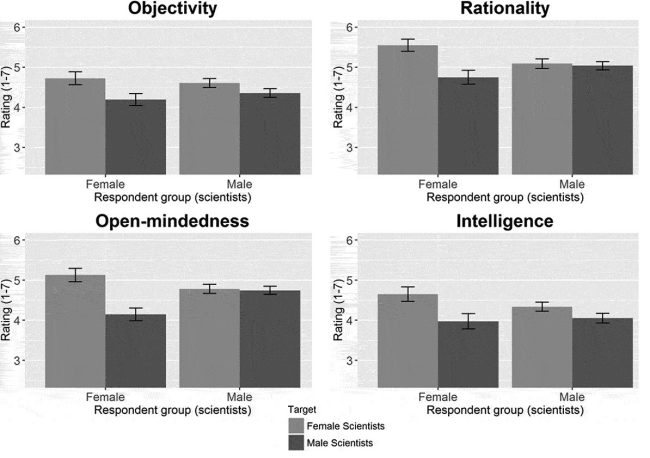 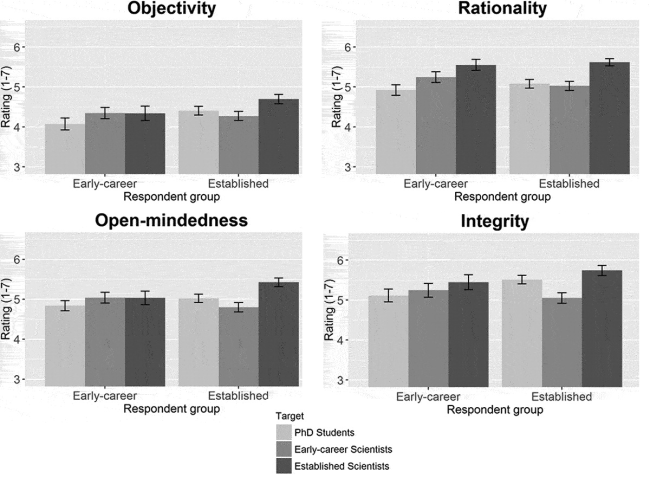