What Does it Take to Break a Bad Habit?

The brain may be more active than we think in seemingly automatic habits such as nail-biting. 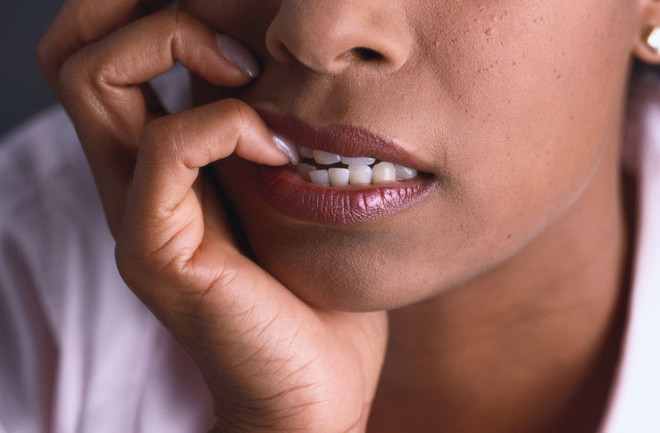 Pity the nail-biter: After vowing to stop her self-mutilation, she’ll look down a few hours later to see she’s ravaged that expensive manicure. On its face (or hand), it’s a prime example of how little control our conscious brains seem to have over unwanted habits.

MIT neuroscientist Ann Graybiel has spent her career trying to understand the mechanics of how habits form and why bad ones are so hard to break. How closely does the brain monitor habitual activity? And can it turn deeply ingrained behaviors on and off?

In a recent test of those questions, Graybiel and colleagues trained a group of rats to turn either left or right in a T-shaped maze, based on different sound cues. One end was baited with a reward of sugar water, the other with chocolate milk. (Yes, rats dig chocolate milk.) Then after allowing the rats to drink one or the other of the treats in their home cages, the researchers injected the rats with a nausea-inducing chemical. This created an association between that treat and the feeling of sickness. The rats continued to turn toward the side they were cued to, even if it held the sickening treat. Graybiel suspected the rats’ habitual behavior was maintained by an area in the front part of the brain known as the infralimbic (IL) cortex, believed to be involved in memory retrieval and habit performance. To test that idea, the researchers needed to shut down activity in the IL.

They injected a genetically engineered virus to make neurons in the IL cortex sensitive to light, a technique known as optogenetics. Next, researchers implanted a fiber-optic light probe the width of a baby’s hair in the rats’ heads. Each time the light was turned on, most of the infected cells in the IL cortex stopped firing. After an average of just three trials with the light on, the rats stopped automatically turning toward the treat they’d been trained to associate with nausea. The results suggest that a small part of the brain holds veto power over what seem to be automatic patterns.

To test whether turning off the IL cortex was akin to switching the habit off, Graybiel’s team again gave the rats the treat that had made them sick; the rats persistently rejected that reward, regardless of which way they were cued to run and despite the lack of reward. When the researchers again tamped down neural activity in the IL cortex to suppress the new habit, the rats surprised them by swiftly running toward the treat that had initially made them sick.

Graybiel believes turning the IL cortex on and off activated a “toggling mechanism,” wherein the new habit was turned off, leaving the old habit to express itself once again. She hopes the research might eventually help provide relief from compulsive behaviors, including not only irksome habits like nail-biting but also addiction and obsessive-compulsive disorder. “It makes us realize habits are controllable in the now," she says.

[This article originally appeared in print as "What Does It Take to Break a Habit?"]