What Are We Saying When We Say "Cheese"? 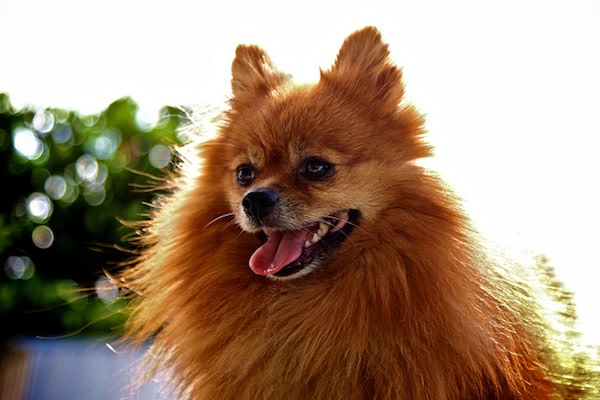 Is this dog really smiling?

We beam when we're cheerful, grin sheepishly when we're guilty, smirk when we're proud. It all seems so simple and obvious, but what do we really know about smiling? In a new book called Lip Service: Smiles in Life, Death, Trust, Lies, Work, Memory, Sex, and Politics

, Yale University experimental psychologist Marianne LaFrance investigates the subtleties of smiling, showing how the familiar expression reveals more than we realize. Wired has an amusing Q&A

with the doctor herself:

Wired.com: Why can smiles mean such different things in different cultures? LaFrance: We acquire ways of knowing who is us and who is them. There have been fascinating studies where Australians and Americans were shown a bunch of face shots of other Australians and Americans. Their task was to identify which nationality, Australian or American, the person was. Shown neutral expressions, accuracy was no better than chance. But shown smiles, they were very good at guessing a person’s nationality. Subtle difference in a person’s smile are detectable, even if we can’t describe why. Now there are also vast cross-cultural differences in the rules for smiling. Who is it OK to smile at, who not? For how long? For example, often when New Englanders go to the South, they wonder why Southerners are smiling all the time. Sometimes they feel everyone is charming. Sometimes the difference is met with dismay. Rarely do we think, “Isn’t it interesting that another culture has different smiling rules?” We view them as being a different type of person. Now, at home, judgments based on a person’s smiling habits might be warranted. But when you’re talking about cross-cultural boundaries, those judgments can be really off-base.