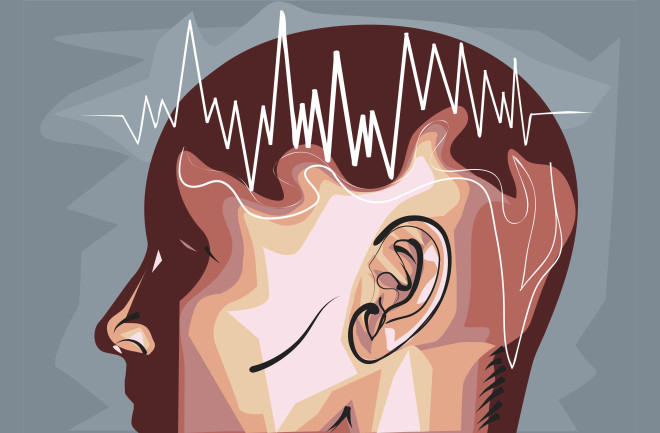 (Credit: Arkela/shutterstock) It’s not just you. As you age, it gets harder to remember the digits of a phone number, or calculate how much tip to leave without resorting to an app. Our so-called "working memory" is responsible for keeping this kind of information at the forefront of the mind. And it fades with age. Now researchers have found that stimulating the brain with weak electrical currents can restore working memory in older adults. The discovery lays the groundwork for combating memory decline with age, the researchers say. “We can bring back the more superior working memory function that you had when you were much younger,” Robert Reinhart, a neuroscientist at Boston University who led the new research, said in a press briefing. “We show that by using this type of stimulation, we can reconnect, or resynchronize, those faulty brain circuits in the brains of the elderly and then rapidly boost their working memory function.”

Researchers recruited 20-year-olds and 60- and 70-year olds to participate in the study. The participants completed a series of computer-based working memory tests while wearing an EEG cap, a head covering fashioned akin to a rugby helmet, embedded with electrodes that recorded the subjects’ brain activity. To no one’s surprise, the younger participants were markedly faster and more accurate in completing the tests than the older subjects. But analysis of the participant’s brain activity showed that two kinds of brain waves synchronized in the young adults during the tests, but not in the older folks. The finding implies that working memory declines in older people because of disconnected brain circuits, Reinhart said.

Next, the researchers had the older participants repeat the working memory tests. This time, the EEG caps also had electrodes on the front and left side of the head that stimulated participant’s brains by sending very weak electrical currents into them for the first 25 minutes of the memory tasks. The stimulation causes a tingling, itching or poking sensation under the electrodes, but the feeling goes away in about 30 seconds, Reinhart said. The researchers continued to monitor the participants’ brain activity and progress on the working memory tasks for another 20 minutes after the brain stimulation. The stimulation not only re-synchronized the older participant’s brain activity, Reinhart and team report Monday in the journal Nature Neuroscience, but also improved their performance on the working memory task. Older participant’s accuracy on the tests now rivaled the young participant’s scores. The memory boost lasted for 50 minutes after stimulation ended and may last longer. The researchers ended the experiment at this time. “These findings are important because they not only give us new insights into the brain basis for age-related working memory decline, but they also show us that the negative age related changes are not unchangeable,” Reinhart said.