Was Neuroscience's Most Famous Amnesiac, "HM", A Victim of Medical Error?

According to a new paper, one of neuroscience's most famous case-studies came about as a result of a serious medical blunder. 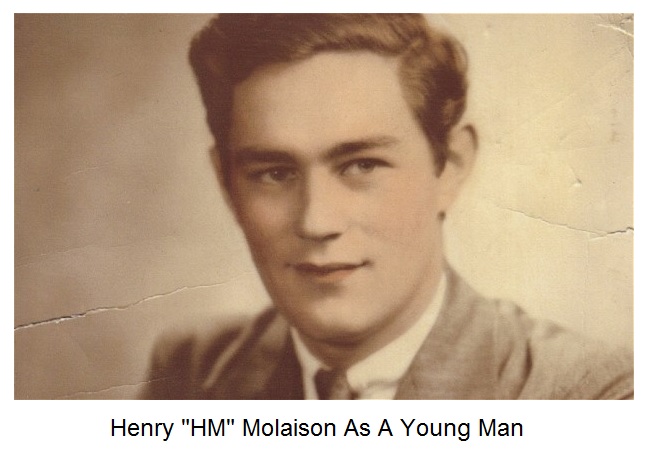 Henry Molaison (1926 - 2008), better known as HM, was an American man who developed a dramatic form of amnesia after receiving surgery that removed part of the temporal lobes of his brain. The 1953 operation was intended to treat HM's epilepsy, but it had the side effect of leaving him unable to form new memories. The consequences of HM's surgery are well known - his amnesia was the subject of dozens of scientific papers. But what's been less discussed is why HM was given such a drastic operation. According to Francois Mauguière and Suzanne Corkin, the authors of the new paper, the whole thing was a mistake. They argue that HM had a form of epilepsy that can't be treated by any kind of surgery - and his doctors should have known this, even back in 1953. (Corkin worked with HM for many years and recently published a book about his life, Permanent Present Tense.) Regarding HM's diagnosis, Mauguière and Corkin argue that HM almost certainly suffered from idiopathic generalized epilepsy (IGE). A defining feature of IGE is that the seizures do not start from any particular place in the brain. In other forms of epilepsy, there is a focus. The focus is often (although not always) found in the temporal lobe. Surgical removal of such a focus can be an effective treatment. But in IGE, there is no focus. If Mauguière and Corkin are right, the tissue that was removed from HM's temporal lobes was perfectly healthy. A sobering thought. What's more, the authors say that HM's doctors at the time knew that he probably had no epileptic focus. So why did they cut up his brain? It appears that the answer lies in a dubious theory that William B. Scoville, the neurosurgeon who proposed the operation, held. Scoville believed that cutting certain brain pathways could 'raise the seizure threshold' in the brain, and hence treat any kind of epilepsy, whether or not there was a focus. Indeed, shortly after operating on HM, Scoville published a brief paper in which he suggested that in the future, surgery might render anti-epileptic drugs obsolete:

Who knows if neurosurgeons may even carry out selective rhinencephalic ablations in order to raise the threshold for all convulsions, and thus dispense with pharmaceutical anticonvulsants?

It's not clear where Scoville got this idea from, although Mauguière and Corkin suggest that it ultimately derives from the world of psychosurgery - the neurosurgical treatment of mental illness. Psychosurgery was based around the idea that particular surgical lesions could 're-balance' the whole brain (and mind). Scoville was himself an active psychosurgeon. Overall, Mauguière and Corkin conclude that HM's surgery was a mistake, even by the standards of the time, and they say that

H.M.’s case will remain as a historical monument in the quest for knowledge about human memory and human epilepsy. The past is past, but we should never see another case H.M.