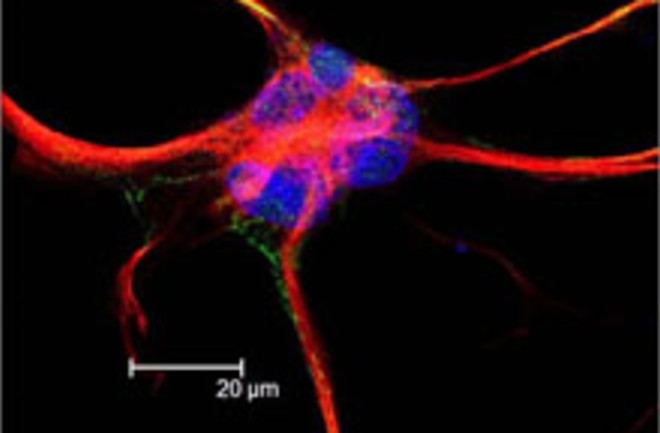 Astrocytes, it was long believed, were little more than the scaffolding of the brain—they provided a support structure for the stars of the show, the neurons. But a study out in this week's Science is the latest to suggest that this is far from the whole story. The study says that astrocytes (whose "astro" name come from their star-shape) may in fact play a critical role in the process of breathing.

Astrocytes are a type of glial cell — the most common type of brain cell, and far more abundant than neurons. "Historically, glial cells were only thought to 'glue' the brain together, providing neuronal structure and nutritional support but not more," explains physiologist Alexander Gourine of University College London, one of the authors of the study. "This old dogma is now changing dramatically; a few recent studies have shown that astrocytes can actually help neurons to process information" [Nature].

Gourine's team peeked into the brains of rats to figure out the connection between astrocytes and breathing. In humans and in rodents, the level of carbon dioxide in the blood rises after physical activity. The brain has to adjust to this, setting the lungs breathing harder to expel that CO2. Astrocytes, the scientists found, are key players in this process. When the cells sensed a decrease in blood pH (because the carbon dioxide made it more acidic), they immediately released calcium ions, which the researchers could detect because they'd given the rats a gene encoding a protein that shone fluorescent in the presence of calcium. The astrocytes also released the chemical messenger ATP

. That ATP appeared to trigger the nearby neurons responsible for respiration, kicking them into gear. The astrocytes are no one-trick ponies, though. They could be important not only for breathing, but also for brain circulation, memory formation, and other activities.

The next step is to find a way to inhibit astrocytes in vivo, said Gourine. Then, researchers will be able to test the numerous hypotheses for the functions of astrocytes in the brain. It is likely astrocytes in various regions of the brain serve different functions, said [Cendra] Agulhon, just as many different types of neurons do many different jobs. "Depending on where they are and what kind of neurons they are surrounded by, they will function differently," she added. "We are just starting to understand how important astrocytes can be" [The Scientist].

, all of our mentally stimulating columns DISCOVER: The Dark Matter of the Brain

The Loom: The Dark Matter of the Brain, Continued