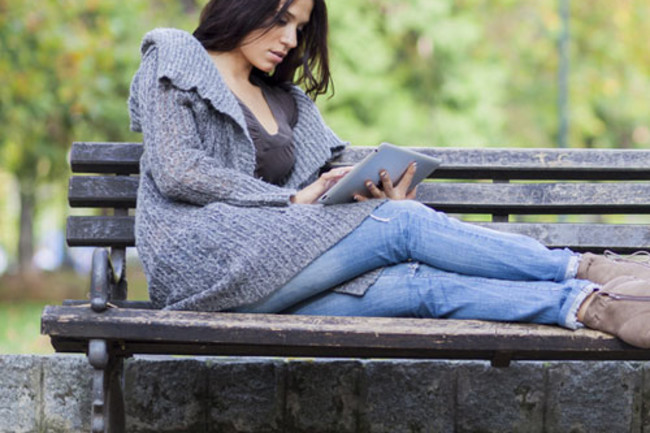 The Internet is a wonderful, terrifying thing. On the one hand, it gives us instant access to literally all of humanity’s collected knowledge, and connects us to those that we know and love. On the other, it all too often exposes an awful side to people who shroud themselves in anonymity in order to hurt others. When it comes to mental health, this darker reflection of the Internet can cause lots of serious problems. Thankfully though, an increasing number of people are exploiting the positive potential of the web, using digital tools in innovative ways to help both patients and professionals. One such person is Kathy Griffiths. In the treatment of depression, “historically, peer-to-peer support has not been taken very seriously by professionals,” Griffiths says. She set out to change that in a recent study published in PLOS ONE, in which she and colleagues at the Australian National University in Canberra conducted a randomized controlled trial looking at the use of online support groups for treating depression. Depressed individuals were assigned to one of four groups: an Internet Support Group, an online self-help program, both, or neither. The researchers found that the virtual support group on its own, and in combination with the web-based training tool, significantly reduced depression symptoms in participants up to a year after they’d taken part. Psychologists are also interested in some more novel tools. In March, cognitive scientists and members of the video game industry will meet in LA for a meeting of the Entertainment Software and Cognitive Neurotherapeutics Society. Sessions examine how neuroscientists might be able to take advantage of modern video game technology – for instance, brainteasers that improve attention control in older adults, or reward-based online training for kids with autism. The hope is that novel therapies can be developed for brain dysfunction in a wide range of illnesses, from anxiety and depression to schizophrenia and traumatic brain injury.

And online tools are already being put to use to improve treatment for those with mental illnesses. They’re tackling the well-known weakness of our digital world – with a proliferation of information, it becomes ever harder to separate the wheat from the chaff. For patients, it’s all too easy to look up inaccurate medical information in place of going to a doctor or therapist. Likewise for practitioners it’s impossible to sift through hundreds of research papers every month to try to figure out which treatments are effective and which aren’t. And getting information into healthcare settings is traditionally very sluggish - guidelines will be developed, pamphlets printed, and by the time they’re distributed they may be out of date. This is where André Tomlin comes in. He runs a UK-based website called the Mental Elf, which is part of a larger network of sites known collectively as the National Elf Service (who doesn’t like a good pun?). The websites are simple, yet brilliant in their scope: providing open-access, evidence-based healthcare information in a way that is easy and quick to digest. André and his team scan over 300 sources of evidence and sift out irrelevant and unreliable material. They then write short, accessible summaries of the information. These are primarily aimed at busy mental health professionals, but are just as useful for patients, students, and anyone else who has an interest in good research. It may sound simple, but the importance of the resource is immense. The Mental Elf effectively crowdsources experts in relevant fields to condense (often incomprehensible) research papers down into a clear and concise format, which mental health professionals can then use while on the go. And because it’s free to access, no one has to worry about trying to get to papers that are often stuck behind journal paywalls. “My overarching objective is to help professionals feel less guilty about not having the time and ability to read recent evidence and use it in their practice,” explains André. “It's all well and good saying that health and social care staff should practice in an evidence-based way, but this will never happen until we provide them with truly usable systems.” Initiatives like the Mental Elf show how much potential online tools have for helping both patients and professionals. We seem to be entering a golden age of using online tools and technology as a force for good in healthcare. And the best part for the millions of sufferers of mental illness is that they’re not just “in the pipeline,” but are already being used to great effect. If you’re interested in signing up as one of André’s mental elf bloggers, check out the call on his website for more information.