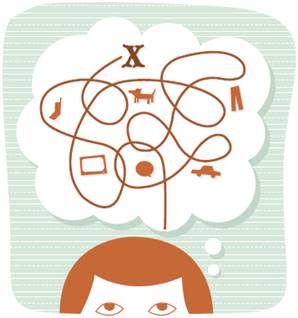 The problem is that we are bad at judging causality -

Our cognitive system has evolved to sensitively detect causal relationships in the environment, as this ability is fundamental to predict future events and adjust our behavior accordingly. However, under certain conditions, the very same cognitive architecture that encourages us to search for causal patterns may lead us to erroneously perceive causal links that do not actually exist. These false perceptions of causality may be the mechanism underlying the emergence and maintenance of many types of irrational beliefs, such as superstitions and belief in pseudoscience. These illusions could also be the basis of many types of group stereotypes and may promote ideological extremism...

But can anything be done about it?

We present an intervention in which a sample of adolescents was introduced to the concept of experimental control, focusing on the need to consider the base rate of the outcome variable in order to determine if a causal relationship exists.

The intervention was quite elaborate. Stage 1 involved giving volunteers a little rock, and telling them that it was a high-tech neuroenhancing crystal that would make them smarter via magnetic fields. They then got to use this to 'boost' their own performance on some tests. In Stage 2, it was revealed that it was just a little rock after all, and that they'd suffered from a causal illusion, which was then explained to them. They were shown the importance of controls, and base rates etc. Finally, to test whether it worked, the trained adolescents were compared to a control group who didn't get the intervention. They were given a task in which they had to judge whether or not a fictional drug worked, which required them to take into account base rates etc. The trained ones did better. I have mixed feelings about this. It's a great concept, but I'm skeptical because it sounds a bit like 'brain training' to improve cognition, which has been extensively studied with mixed success, and a difficulty in showing transfer effects to tasks of a different nature to those used in training. Even if it works though, I'm concerned that few people would want to do this. Brain training has been super successful because it appeals to our (perceived) self-interest - namely, it promises to make us 'smarter' in the kind of quantifiable way that would make you perform better on exams, or in many office jobs. It promises to let you earn a bit more money, in other words. Not the loftiest thing to aspire to, when you think about it, but that goes to show that brain training has been well marketed. Being immune to causal illusions, on the other hand, while surely A Good Thing in some abstract sense, doesn't hold out as many obvious, direct benefits. Worse, as Scott Lilienfeld et alpointed out, people will be unlikely to partake in debiasing if they don't perceive themselves as biased - yet the trouble with biases is thatwhen you have them, they don't seem like biases, they seem like common sense. So it seems to me that before people will be lining up to do this, it would first be necessary to convince people that they, personally, are irrational (not just 'people in general'), and that this is a problem - again, for them personally. The marketers have their work cut out of them.

Barberia I, Blanco F, Cubillas CP, & Matute H (2013). Implementation and Assessment of an Intervention to Debias Adolescents against Causal Illusions. PloS one, 8 (8) PMID: 23967189