Tools of the Trade: Tune In, Drop Out 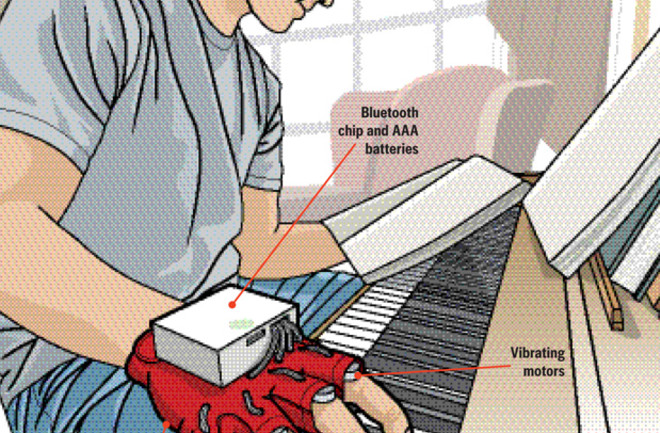 If learning piano while watching television sounds appealing, Thad Starner has the technology for you. A computer scientist at Georgia Tech, Starner is coinventor of Mobile Music Touch (MMT), which teaches people to play simple melodies while they focus on something else—or on nothing at all. Students using MMT were able to learn the first 45 notes of “Amazing Grace” in half an hour while studying for GRE exams. When answering reading comprehension questions, students scored similarly with or without MMT.

Starner realized MMT might also help people with spinal cord injuries. A friend of his had to do repeated motions to regain hand dexterity after a car accident. The task was boring and depressing. Wouldn’t it be great, he thought, to learn a new skill while you were at it? So Starner tested patients with quadriplegia and found that MMT boosted hand sensation and agility. In a pilot study, a man whose quadriplegia kept his hands clenched was elated when, during therapy, he learned to play “Happy Birthday” for his grandson. Starner thinks MMT works because stimulating nerves in the hand causes the brain to devote more neurons to explaining the sensations.