To the Brain, Tools Are Temporary Body Parts 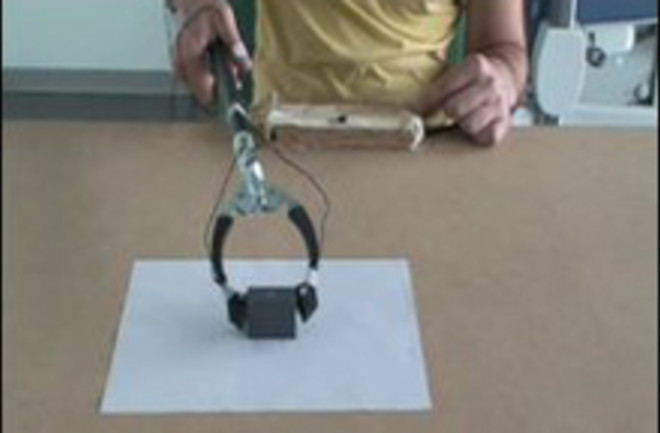 When a person pick up a rake or a croquet mallet or any other tool, their mental image of their body expands subtly, according to a new study.

To move our bodies around in space, the brain builds what’s called a “body schema,” a representation of all our various parts. And this so-called schema is frequently updated to keep up with our ever-changing bodies [Scientific American].

This new study, published in Current Biology, found that using a tool for even a brief amount of time caused volunteers to update their body schema, and to consider the tool a part of their bodies. Lead researcher Alessandro Farnè first asked volunteers to point at and grab wooden blocks with their hands, then had them perform the same motions with a grabber tool, and finally returned to the hands-only gestures.

The researchers recorded all of these tasks using a high-resolution three-dimensional motion-tracking system, so that they could compare in detail the movements performed in each task. They found that after using the grabber, the volunteers approached the blocks with slightly lower acceleration and velocity, although their accuracy was not affected. "They behave like their arm is longer," says Farnè. "They aren't clumsy, but they are slower and more determined" [Nature News].

The effect is subtle, Farnè explains, and wouldn't cause difficulty with manual tasks. But the experiment was the first to prove definitively that tool use alters a person's mental representation of his body even after the task is completed. Another experiment on blindfolded volunteers corroborated the findings.

After an experimenter touched the participants' elbow and middle fingertip, they were asked to point using the other hand to those two locations. After a session of using the tool, the participants indicated locations further apart than before tool use: they seemed to perceive the tool-using arm as longer [BBC News].

the same kind of brain "plasticity" might be involved in regaining control of a transplanted hand or a prosthetic limb when the original has been lost. The brain might also readily incorporate cyborg additions – a cyborg arm or other body part – into its body schema, says Farné, "and possibly new body parts differing in shape and/or number, for example four arms" [New Scientist].