To Apply Or Not To Apply For That Grant? 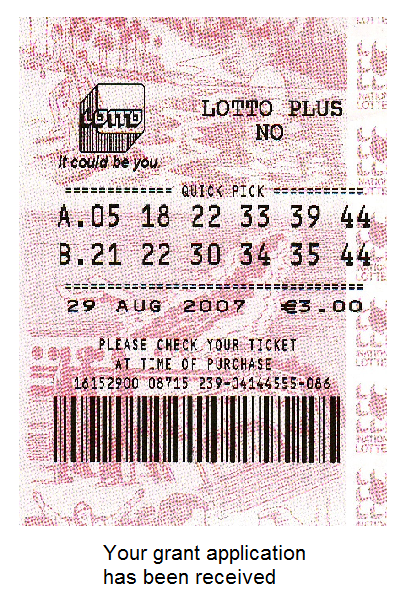 When should scientists apply for grants? Does spending more time writing applications pay off in the long run? A paper published in PLoS ONE this week examined the eternal question:

To apply or not to apply?

The authors, Ted and Courtney von Hippel, start out by noting that most major grant awards are highly competitive - with success rates of just 20% in the case of US federal NIH and NSF awards. What's more, although decisions are made by a panel of expert judges, the evidence is that judges often give very different ratings of the same proposal (inter-rater reliabilities are 0.15 - 0.20).

Even if we accept (hope) that reviewers can correctly identify and agree on which grants are in the top 50%, these low reliability rates suggest that being chosen for funding from the top half of all proposals represents a roll of the dice. With funding rates at 20%, that leads to a best-case scenario of 60% of deserving proposals not being funded in any given year.

But if getting a grant is a gamble, is there a way to stack the odds in your favor? The von Hippel's conducted a survey of 195 academics from across the United States, drawn from two fields, astronomy and psychology. The survey asked them about which grants they'd applied for, how long they spent working on them, and how many they'd been awarded. Only applications to three major federal funders, NASA, NSF and NIH, were counted, however. The results showed that the average grant application consumed 116 hours of work by the Chief Investigator and 55 hours by the Principle Investigator; which represents at least a month of full-time work. Yet only about one in four applications were successful. However, there was no correlation between reported hours of work and whether the grant was successful or not. On the other hand, researchers who applied for more grants tended to be awarded more money in total. So it looks as though the winning strategy is just to send off as many grant applications as possible, not spending too long on each one. Which fits with the "lottery theory" of grants - after all, the only way to increase your chances of winning the lottery is to buy lots of tickets. The von Hippels also point out that if overall rates of success are around 20% (as they often are), then at least 50% of researchers will not get any grants even after applying for three years in a row, which, given the size of an average grant, would essentially make it impossible to continue working in that field. Better get buying those tickets.