There's a Happy App For That

An app that predicts happiness levels encourages us to lower our expectations. 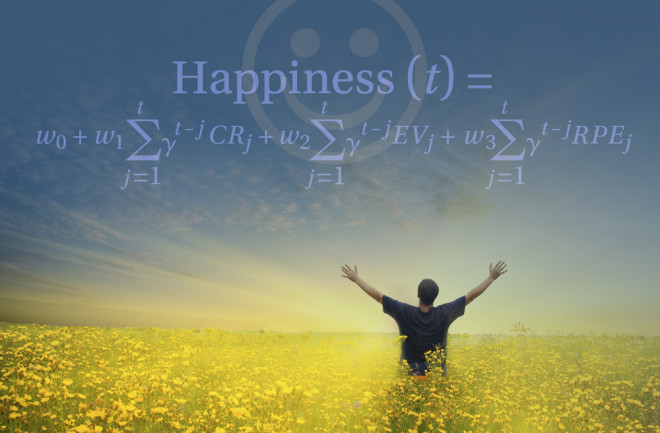 If you want to be happy, it’s time to lower your expectations.

Researchers from the University College London in August created a mathematical formula that accurately predicted the rise and fall of people’s happiness. We become happy, the equation indicates, when events exceed our expectations.

“If you have lower expectations, and you get a reward, you’ll be happier about it,” says study co-author Robb Rutledge.

To build the formula, Rutledge’s team asked 26 people to undergo a functional MRI while playing a gambling game that required them to place bets, spin a wheel of chance and collect as many points as possible. Subjects rated their happiness every few rounds as they won or lost points. Then, to ensure their results in the lab weren’t a fluke, researchers released a smartphone app that simulated the lab experiment cheaply and on a larger scale.

“Our expectations were pretty low for the app because we were worried that no one would play it,” Rutledge says. However, more than 18,000 people participated in the app experiment, and the algorithm’s predictive powers were confirmed. The app’s expectation-shattering performance, not surprisingly, made researchers quite happy.

The algorithm could help diagnose mental disorders, such as depression, by comparing people’s happiness levels to what the algorithm predicts, Rutledge says.