The Scots-Irish as indigenous people 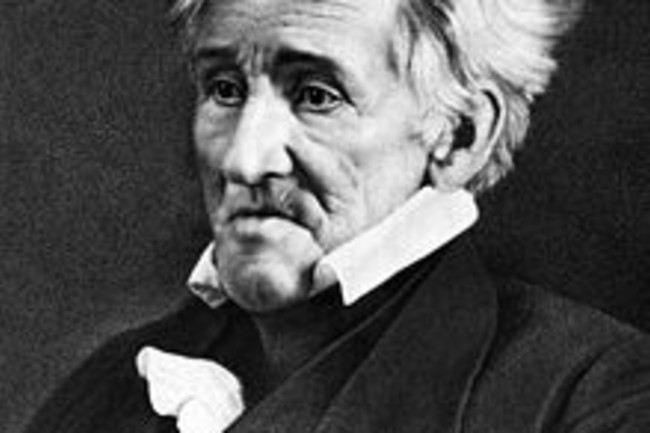 The Scots-Irish as indigenous people

In traveling across America, the Scots Irish have consistently blown my mind as far and away the most persistent and unchanging regional subculture in the country. Their family structures, religion and politics, and social lives all remain unchanged compared to the wholesale abandonment of tradition that’s occurred nearly everywhere else.

Unfortunately, this has a lot to do with a powerful and long-running strand of paranoia and xenophobia. I’ve ridden trains through the rail towns of WV and KY and been regarded with more unprovoked hatred than anywhere else on Earth. On the other hand, when I’ve been introduced to their clan-based social structures by close friends, it is a uniquely close-knit and life-affirming culture that I’ve been honored to participate in.

What stuck me about this comment is that it is the sort of statement you regularly see from Western anthropologists or adventure tourists in relation to indigenous colored peoples the world over. That is, a parochial clannish folk trying to hold onto to their traditions, albeit with the downside of being inward looking and often regressive (downside from the perspective of Westerners that is). What these people lack in cosmopolitan openness, they make up for in adherence to authentic values which can't but help earn some admiration. Substitute "Scots-Irish" for "Pashtun", "Hmong" or "Berber" and you will see what I mean. 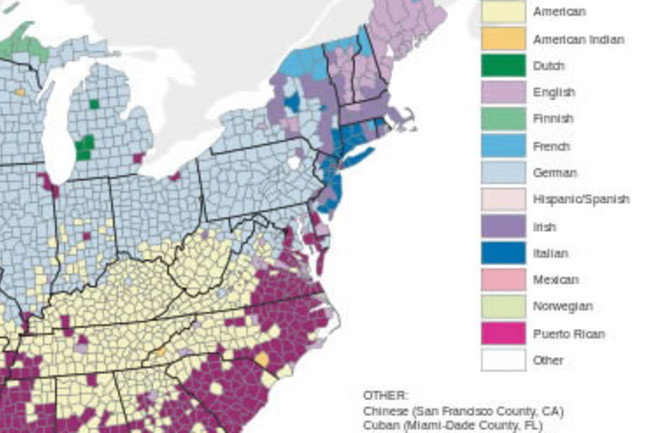 If you are not aware (e.g., you are not American) the Scots-Irish in this context refers to a melange of peoples who emigrated to the New World from Ireland and the border region between Scotland and England in the middle of the 1700s. These were not Catholic Irish, or Gaelic speaking Highlanders. Rather, they were tough Presbyterian Protestants, whose cousins still remain committed to their distinctive identity in Ulster in Northern Ireland. They arrived to the port of Philadelphia, and spread south via the spine of the Appalachians. Many of the traits that non-Americans perceive as "Yankee" are ironically those of Scots-Irish, who were most certainly not Yankees (i.e., Puritan New Englanders). The Scots-Irish were the prototypical cowboys, pushing into the Appalachian wilderness despite the attempts of the British crown to restrain them.

Though the Scots-Irish are not "Pilgrim stock" in their length residence on the American continent, the majority were not immigrants to the United States, they were settlers of the American colonies. Their's was part of the founding culture of the United States, and it still leaves its stamp on our society in its politics and mores, for good or ill (that depends on your perspective!). But one aspect of Scots-Irish identity is that to a great extent it has decoupled itself from any "Old Country" consciousness. A broad swath of the Eastern American Uplands is dominated by people who give their ethnicity as American. After 250 years they have only the vaguest recollections of the nature of their British antecedents.

In Ornamentalism David Cannadine makes the case that the British saw their Empire through the lens of class as much, or more than, race. Though one can quibble with the magnitude of Cannadine's argument, I think one must grant that it is part of the picture, if not the whole picture. The importance of class in England, and more or less in Europe as a whole, is contrasted with its relatively lower salience in the United States. Why? One can make a classic materialist argument that in a labor scarcity-land surplus regime which characterized the early American republic the ossified class systems of the Old World simply could not develop. But another aspect which must be acknowledged is that the early American republic also saw the emergence of a white man's republic, where implicit white identity gave way to the expansion of suffrage to non-property holding white males as a natural right, and the revocation of what suffrage existed for non-whites based on their racial character. The Scots-Irish were a major part of this cultural evolution, being as they were generally part of the broad non-slave holding class in the South and Border States. Though they may not have had the wealth of lowland planters, the Scots-Irish were part of the aristocracy of skin.

But ultimately this system, which waxed around 1900, has left us in the 21st century in a confused state when it comes to talking about race and class. The academic 'discourse' about white privilege acknowledges rhetorically the reality of class differences amongst whites, but in practice this issue never realizes itself in any actionable manner. In the 19th century this was something that non-elite whites might have viewed positively, as the bracketing of all whites together as one political nation which excluded all non-whites, irrespective of the latter's 'respectability' in specific cases, redounded to their benefit. The poorest white was superior to the wealthiest non-white in the social culture of the United States in the 19th century. Race trumped class in totality. But today the elision of distinctions among white Americans without explicit ethnicity (e.g., Polish, Jewish, etc.), those whites whose Anglo-American heritage is part of the cultural DNA of this nation, results in the bracketing of all together as beneficiaries of white privilege.

This position of Scots-Irish as part of the aristocracy of race and white skin privilege leads to perverse situations. It is true that Scots-Irish Americans are arguably among the more racist white ethnic groups. But this reality can easily be mitigated by a Marxist explanation of their relative lack of economic privilege. How many people would guess that the poorest county in America is 99% non-Hispanic white? But this amelioration of contempt for the retrograde attitudes of poor whites on the part of elites is blocked in part by the racialized consensus of the 19th century which served to uplift the Scots-Irish! As I have noted before, the 21st narrative of white privilege is in many ways simply a normative inversion of the 19th century narrative of white supremacy.

All this leads to the strangeness of American in 2012 which might perplex outsiders. For example, Malia Obama, the daughter of two individuals with law degrees from Harvard, would be able to benefit from affirmative action,* because she lacks white skin privilege. In contrast, the child of a poor family from Appalachia who was white would not gain any preference, because by their nature as a white person they had the right of white skin privileged from which they benefited. You might assert here that there are points in favor for geographic and class diversity at elites schools. But from what I have read Thomas Espenshade's work shows that elite universities tend to discriminate against rural and lower class whites (as well as Asians) to maintain diversity through admissions of sufficient numbers blacks and Hispanics. Note: well connected whites with high socioeconomic statuses are doing fine under the current dispensation. Unfortunately, non-elite whites have contributed to their own situation via the construction of the racial republic in the 19th century, which has now been turned upside down to their disadvantage.

* To be fair, the most affirmative action would be based on her status as the daughter of a president of the United States, not her race.