The poverty of inheritance 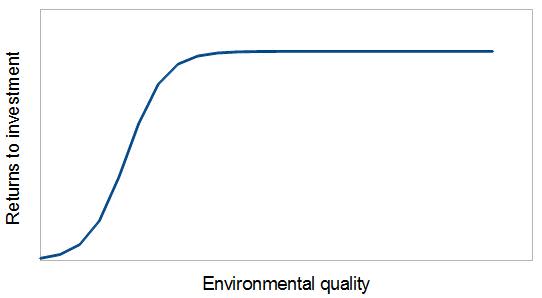 Virginia Hughes has an important post up at The Last Word on Nothing, What Americans Don’t Get About the Brain’s Critical Period. In it she reiterates just how stupid the "Baby Einstein" culture is. The post is important to me specifically because I have a baby who I would like nudge in the direction of Einstein, but not by spending money on toys which exist mostly to salve the vanity and conscience of adults around her. With all that said, Hughes emphasizes that the key is to focus on children at the other end of the environment spectrum from my awesome one. So I was prompted by her post to check out the links, as I've not explored this literature in a while. First, Variation in neural development as a result of exposure to institutionalization early in childhood compares Romanian orphans who were kept in that nation's notoriously atrocious orphanages and those who were fostered. The authors assert that the placements of the latter were randomized, and the neurological differences were significant. I doubt this is that surprising to most. Romanian orphanages have rightly become a byword for childhood deprivation. I have more qualms about the second paper. White Matter Disruptions in Adolescents Exposed to Childhood Maltreatment and Vulnerability to Psychopathology. Here the authors show that maltreated youth tended to have different neurological outcomes from non-maltreated youth. But the authors themselves are very cautious about their results in the discussion. Here is my own suggestion though (if I were the research-god): compare a large cohort of siblings from families where the parent(s) went in and out of alcoholism. We all know that many families go through phases, and different siblings experience different quantities of abuse. My argument is that we need to keep in mind the genetic confound. To speak plainly people who have been through messed up experiences and are messed up may not be messed up because of their experiences, but because they come from stock with a heritable predisposition to various behavioral problems. Here is one passage of the paper which is of particular interest to me: "The controls were excluded if any first-degree relative had a history of major psychiatric disorder." You may be contrasting very genetically different samples here. Ultimately this leads us down a fraught path to subjects such as the relationship between intelligence and wealth. I can accept that Romanian orphanages damage the cognitive capacities of children on a biological level through their negative environmental impact. But fortunately the quality of life present in Romanian orphanages is not a major issue in the United States. Going back to Virginia Hughes' post:

When a developing brain isn’t adequately stimulated, as often happens to children living in poverty, for example, or in the foster care system, this deprivation can lead to problems in cognition, attention and social behaviors. 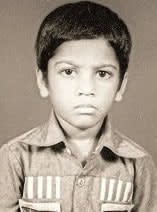 Too poor for color; feel the fury

This is where I'm genuinely skeptical. What does poverty mean here? Is it the US poverty line? As a personal disclosure, though my father was a college professor in Bangladesh, I strongly suspect that in my first 4.5 years of life I lived well below the American poverty line in terms of many quality of life metrics.* If you measure poverty in material and money I grew up in poverty in my infancy and during my toddler years. In fact I almost died of a chronic disease which wouldn't have been chronic if I'd had access to American healthcare. But, it is somewhat deceptive to say that I was exposed to deprivation. I had a nanny. Additionally, my extended family were generally college educated or more in a nation where a substantial number of people were (and are) illiterate. My point: we know what deprivation means consequentially to the function of the brain on the extreme margin. Beating a child over the head incessantly or tying them up for weeks at a time to a crib is going to cause damage. We don't know what deprivation means when we talk about Western "poverty." To many social engineers I have to suggest that poverty "Ain't Nothing but a Number." A number correlated with various aspects of human capital deprivation more generally. I'd rather place an orphaned child in the home of a "poor" graduate student than someone who is "well off," but pulled in >$100,000 working in the oil fields of Alaska. A short-term windfall can't totally erase a predisposition toward behaviors which echo down the generations

. Money comes and money goes, but human capital is priceless. * I did not move into the lap of American middle class security at the age of 5, my father was in graduate school during my elementary school years. But enough with my sob story which deprived me of my rightful brilliance!