The Neuroscience of "Source Code": Mind Your Brain, Soldier 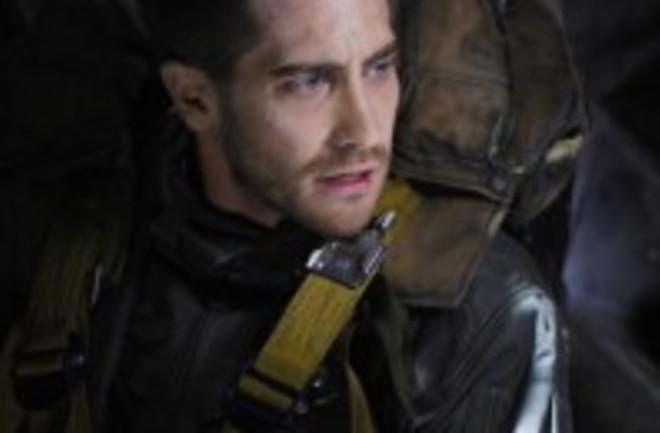 Source Code, a sci-fi thriller released last week, is based on the premise that science will let people really get into each other's heads. The eponymous technology, the trailer tells us, is a computer program that "enables you to cross over into another man’s identity." What results is a scenario that's part Matrix, part Groundhog Day: lugged into the Source Code program, Jake Gyllenhaal---er, Captain Colter Stevens---lives through the last eight minutes of another man's consciousness, just before the man's train was blown up in a terrorist attack, in an effort to identify the bomber. (Stevens's body, like Neo's, stays in one place while his mind is elsewhere.) When the first run-through fails to turn up a culprit, Stevens relives those eight minutes again and again, having a different experience---new conversations, new sensations---each time. Could something like that ever happen? While much of the technology in Source Code will remain purely fiction, says University of Arizona neuroscientist and electrical engineer Charles Higgins, modern science may eventually let us take a peek at, and even play around with, someone else's consciousness. Among the movie's technological inventions, Higgins says, "the idea of monitoring and influencing consciousness with a physical neural interface is the most plausible." Judging by past and current efforts, pinning down what, or where, consciousness is won't be easy. But one thing modern science can do is record from small populations of neurons in the brain, as demonstrated by neural prosthetics and recordings taken during brain surgery. "We’re getting better and better at that, rapidly," Higgins says. A colleague of his at the University of Arizona records motor movements from nerves in one person's arm, then plays back those movements in someone else's arm. To record one person's consciousness, once we know what exactly that is, "I think you’d have to record from basically all the cortical areas of the brain," Higgins says, far more than current technologies can handle. "So monitoring somebody’s consciousness, not even influencing it, is going to require many, many years," but it's not out of the realm of possibility. Doing so without direct neural interfaces, however, seems less plausible. Neither Stevens nor the man whose consciousness he inhabits are hooked up or jacked in to anything, begging the question of how the experiences were recorded from one's brain or replayed in the other's. “It’s getting implausible enough that I’m not sure how it could be reached by modern science,” Higgins says. And the fact that Stevens is somehow going back in time to relive the same moment again and again, well, that's "an even farther step." This film took some cinematic liberties. Perhaps the most interesting aspect of the film is how it broaches the important ethical issues that will come with this kind of technology, Higgins says. Brain recording now is generally done on people undergoing brain surgery anyway, to whom it poses little additional risk, or people who are paralyzed or terminally ill, and who have less neural health to lose. In the movie, the technology is being tested on a wounded soldier---a scenario Higgins expects may play out as these techniques become more advanced. "Probably the way a lot of this technology will become practical is through experiments on soldiers, unfortunately,” Higgins says. The reason for this, he says, is that such devices must be tested on humans; monkeys can't chat with you about their conscious experiences. And while already ill or injured patients may be the starting point, the devices must eventually be tested on whole, healthy brains. "When you join the military, there are some limits on your civil liberties that you accept," Higgins says. Clauses that give the military permission to experiment could be added into soldier's contracts. "This is exactly my concern with neural prostheses and government uses.” Image: Summit Entertainment