When philosophers are thinking about issues such as free will and the mind-body problem, the notion of a futuristic "ideal brain scanner" often shows up. For instance, here's one popular thought-experiment: suppose that a color-blind neuroscientist has a super-scanner which can measure everything about a brain's activity. She uses her scanner to find out everything that happens in the brain of a non-color blind human when he is seeing red, green, blue, etc. But, the argument goes, no amount of information about the brain would allow the color-blind neuroscientist to experience colors for herself. Therefore, subjective conscious experience cannot be reduced to brain activity. 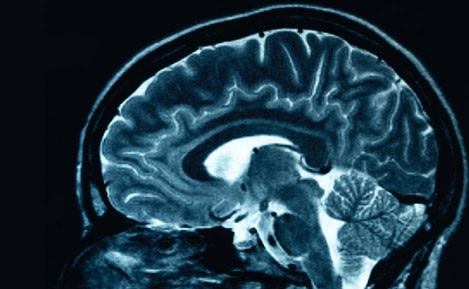 Now, these thought-experiments are interesting philosophically, but as a neuroscientist they got me thinking in more practical terms: what would an ideal super-scanner need to do? What would knowing "everything" about brain activity mean? Will it ever be possible? When I started thinking about this, my first idea was: a super-scanner would be something that could record the electrical activity of every single cell in the brain. So the scanner's output would be a collection of streams of numbers (100 billion or so, one per cell) that would allow us to see whether each cell was firing or not. The streams would need to have unlimited temporal resolution i.e. we can sample them at any rate we choose. We'd also need to know where each cell was. So the scanner would also have to provide a coordinate in space for each neuron. But that wouldn't be enough, because cells aren't spherical - we'd also need to know the shape of each cell, in order to know which other cells it forms synapses with. So for each of the 100 billion cells we'd need a 3D model. Together these would comprise a complete 3D model of the brain. So we now have a scanner that tells us the shape and electrical activity of every cell with extremely high resolution. But would this be enough - would measuring electrical fields in space allow us to understand the brain? What about all of the neurotransmitters, and the genes, proteins etc. inside each cell? Would we need to know about those (in real time) as well? Or would this 'molecular' information be superfluous, if we could only measure the brain's electrical activity in sufficient detail? The question this raises is: is the brain essentially electrical, or not? I'm not sure of the answer. But the question is not completely academic. It's relevant to the question of whether we could build a (nearly) ideal brain scanner. We can already measure electrical potentials of single cells, and even parts of cells, using tiny electrodes. Granted, we can only do this for a handful of neurons at any one time. But it's not outside the realm of possibility that future nanotechnology could let us build a lattice of billions of tiny electrodes to provide a more or less complete picture of brain electronics. This is science fiction, but it's not pure fantasy. (And it wouldn't be a 'scanner', it would be a surgical implant, but close enough.) On the other hand, to be able to measure the location of all of the proteins in an animal's brain in real time is pure fantasy so far as I can see. So the feasibility of a "complete" measure of brain activity may depend on what we think comprises brain activity.