The Eyes Are Everywhere for Sufferers of "Truman Show Delusion" 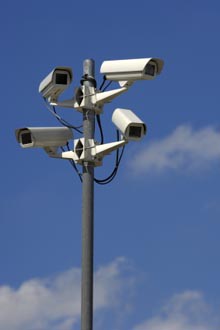 Do you ever get the feeling that you're being watched...by millions of people? No? Thank goodness—you probably don't have Truman Show delusion. This affliction, wherein people feel that they're being monitored by cameras and they're surrounded by actors, is no joke, psychologist Joel Gold told the New York Times. This delusion, named for the 1998 movie starring Jim Carrey, isn't the only strange mental condition to emerge alongside the technological developments of the last decade. There's also Internet delusion, in which people feel that rather than reality TV cameras following them, the Internet is somehow tracking all the mundane details of their lives. These distinctly 21st century afflictions have psychologists arguing whether new technologies have something special about them that makes people more paranoid than before, or whether they simply add fuel to people who probably would have been delusional anyway. DISCOVER believed the latter when we covered the young man in Australia last month who was diagnosed with climate change delusion after refusing to drink any water, believing it would endanger millions of people—someone that unstable would probably find something else to be paranoid about if global warming didn't exist. Still, we can't ignore the idea that the technologies themselves have a powerful influence over the person—just look at the worries over Internet addiction. Besides, you really are being monitored around the clock—but by the government, not national TV audiences. Image: iStockphoto