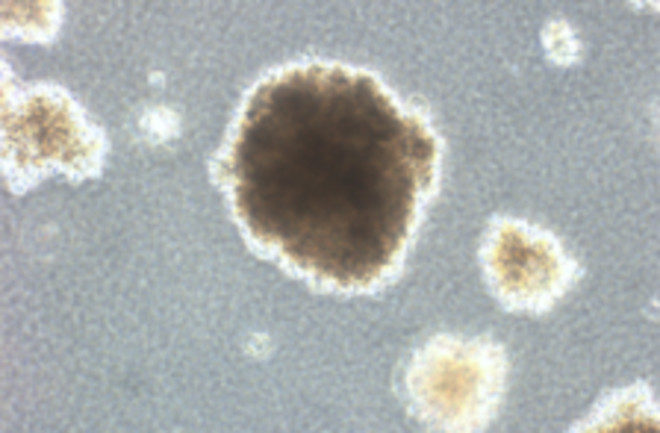 Human lung cells damaged by chronic exposure to particles of a chromium compound. Wise Laboratory Chromium, an element in the periodic table, occurs naturally in the earth, and when dissolved in the water it migrates between two states. Chromium 3 is essential to human metabolism and is supplied in multivitamin pills. Chromium 6, in high enough concentrations, can be harmful and even carcinogenic. The difference lies in what chemists call the oxidation state, which indicates how reactive a substance is. The E.P.A. sets a standard for how much chromium is safe in drinking water, whether occurring naturally or as the result of industrial pollution: no more than 0.1 parts per million for both types combined. The number is based on the worst-case assumption that all of the chromium might be the poisonous kind. Chromium 6 was the contaminant in the Erin Brockovich case, which was featured in the PBS NewsHour report I criticized in my previous post. The second part of the broadcast, which was better than the first, focused on whether a much lower standard should be set, as has already happened in California. As noted here before, chromium 6 (also called hexavalent chromium) has been shown to cause lung cancer when inhaled by workers. What happens when you drink the stuff has been harder to figure out. In the stomach it quickly reverts to its more stable state, the beneficial chromium 3. The question is how much of the bad chromium it takes to overwhelm our biological barriers. A review of the science in 2003 suggested that concentrations 20 times higher than the federal standard are rapidly reduced to the harmless kind, and that the body can handle doses as high as 100 times the limit. When chromium 6 does come into contact with cells, it can mutate their chromosomes. PBS showed some stunning images of the process, and there is an excellent explanation of the research on a web page for the Wise Laboratory of Environmental and Genetic Toxicology. What remains at issue is whether there is enough of the metal in even very contaminated water to damage living cells. “There's a lot that we don't know,” John Wise, the director of the laboratory told O’Brien. “I don't think we have enough studies to tell us whether -- clearly whether it's a drinking water carcinogen or not.” But that point gets lost in the story, and I suspect that the image that will stay in most viewer’s minds is another clip spliced from the movie Erin Brockovich, in which Julia Roberts is berating a local water official.

People are dying, Scott. You have got document after document here. Right under your nose, it says why, and you haven't said one word about it. I want to know how the hell you sleep at night.

In the real world there is no evidence that chromium 6 in drinking water has killed anyone in this country. The PBS story mentions a study of Chinese villagers whose water was so laden with the metal -- far beyond what happened in the Brockovich case -- that it turned yellow. An epidemiological report in 1987 showed that there had been an elevated rate of stomach cancer. But 10 years later, under suspect circumstances, the data were reanalyzed and no excess was found. So what, if it is even possible to know at this point, is the truth of the matter? It is a twisted tale, which I’ll write more about soon. Meanwhile, here is a story that appeared in Salon back in 2000. It makes you wonder whether Brockovich and the lawyers she worked for were really such heroes after all. Not everyone in Hinkley thought so.