The Apartment Too Clean to Call Home

A 40-year-old demands to stay at the hospital, yet nothing seems wrong — until he explains why he can’t go home. 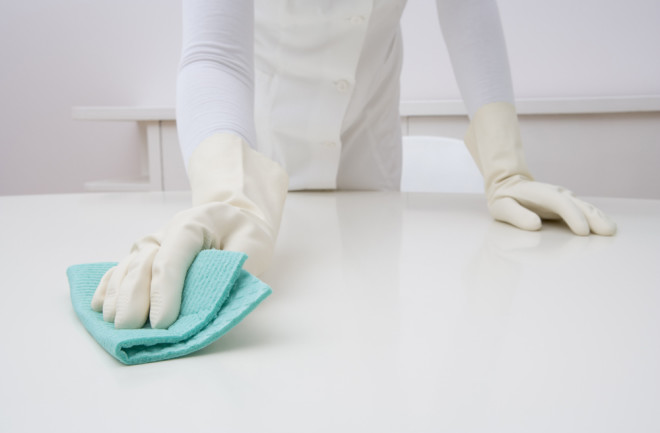 Twenty years ago I was a resident in psychiatry and was called down to the emergency room one night to see a patient. Richard, 40, was wearing jeans, a button-down shirt and exceptionally clean white sneakers. He had neatly folded his unused patient gown and placed it at the foot of the bed. He was calm and didn’t appear to be physically injured. His pulse-oximeter, clipped around his right index finger, displayed normal vital signs on the bedside monitor.

I glanced back over my shoulder to the senior emergency room physician sitting at the desk, nodded toward the patient and gave him a quizzical look. The other doctor raised an index finger and circled it around his right ear — the universal “crazy” gesture.

I walked over to Richard and introduced myself. “What brings you here tonight?”

“Well, it’s a little hard to explain, but … I have nowhere else to go,” he said.

It’s a line I had heard many times before. When a patient tells you they have nowhere else to go, it often suggests some sort of psychosocial crisis. Maybe they are homeless, have drug withdrawal symptoms or just escaped a fight with their spouse. I didn’t smell alcohol on Richard’s breath, and he didn’t seem to be under the effects of any drugs, or to be withdrawing.

“Did someone hurt you?” I asked.

“Are you afraid of someone or something outside of the hospital?”

Now I was a little perplexed. “Is there something here in the hospital that you need?”

“I don’t have any money on me,” he explained.

“Do you need medicine?” I probed.

“None that I can think of.”

Richard was not an ordinary patient in the psych ER. He clearly had a motive for coming in that he was reluctant to share with me. Was he embarrassed about something? Afraid? Ashamed?

“Look,” I said, “most people don’t show up here in the middle of the night asking to be admitted without a pretty good reason. Can you tell me more about what is happening?”

Richard got up from the gurney, straightened his shirt and removed the pulse-oximeter. He walked to the sink and carefully washed his hands, one finger at a time, paying extra attention, I noticed, to the finger that was attached to the monitor. He turned to me and, in a half-whisper, said, “I have nowhere else to go because I finally … I finally got my apartment clean.”

I must have looked puzzled. Richard sighed and said, as if he were explaining something to a child, “I can’t go home because my apartment is finally as clean as it needs to be.”

A light bulb went on. I started nodding. Using some of his own words, I asked Richard, “How long have you been trying to get your apartment as clean as it needs to be?”

He looked at me and saw understanding in my eyes. “Four years.”

Now I was certain. Richard had obsessive-compulsive disorder, or OCD. People sometimes casually joke that they or someone else has OCD if they are a “neat freak,” but real OCD is no laughing matter. As the name suggests, people with OCD have both obsessions (intrusive and unwanted thoughts that produce anxiety, fear or dread) and compulsions (repetitive behaviors designed to try to reduce the intensity or severity of obsessions).

Patients may have different symptoms: repetitive counting, intense hand-washing (often to the point of rubbing the skin raw) or excessive cleaning. Some OCD behaviors can make sense to someone who does not have the disease (compulsive hand-washing to get rid of germs), whereas other behaviors make sense only to the patient (spending an hour walking back and forth through a single doorway in an attempt to “get it right”).

Even though I had been with Richard for just a few minutes, the puzzle pieces were falling into place: his too-clean sneakers, his failure to put on the hospital gown (not clean enough for him), his hand-washing ritual with special attention to where the monitor had touched his finger and, of course, his remark of finally having cleaned his apartment to his satisfaction.

“It’s just a two-bedroom apartment,” he said. “It shouldn’t be so hard to clean, but it is. I try cleaning just one room at a time, but something always happened to mess it up. Sometimes I spend my entire weekend just cleaning and never even leave the apartment, but I could never get it clean enough. Today was different. I started early this morning and worked all through the day. Room by room, I knew I was finally getting it right — I couldn’t believe it! Eventually, I found myself standing in the hallway and cleaning the outside doorknob on the front door to the apartment. With a sudden clarity, I realized the apartment was perfectly clean, so I just pulled the door shut to lock it all in. The door locks automatically. I have my keys in my pocket, but my wallet was in a drawer inside. I stood there for a while and thought about things, and then I came here.”

“You know what this is, right?” I asked him.

“Have you ever seen a doctor about this before?” I asked.

At the time, I was still under the supervision of more experienced senior doctors. I excused myself and called the on-call supervising psychiatrist, and I explained the situation to him. He suggested, to my surprise, that I send the patient home.

“But he has untreated OCD,” I said. “It’s ruining his life.”

I could tell he was getting annoyed. “Send him home,” he said.

“I’m not admitting someone to the hospital just because they cleaned their apartment!” he barked, and hung up.

Now I was in a bind. As a resident, I could not admit the patient to the hospital over the objection of the senior physician. Part of me also saw his point — maybe Richard was troubled, but not enough to warrant admission to the hospital. Yet, I also knew Richard needed help.

I went back into his room, and we talked some more. He told me the OCD behaviors started when he was a child and had progressively worsened. He lost several jobs because of it. He once was fired for being late to work — because he spent three hours trying to get his car to line up perfectly with the yellow stripes of his assigned parking space.

Richard had read about OCD and had some insight about his situation, though not enough to help him. I asked him if he would be willing to see a psychiatrist, and he agreed to do so while he was in the hospital.

When I told him he couldn’t stay, he was crestfallen.

“If I go home, I will mess up how clean it is, and I will never get it this clean again!”

“Even if I did admit you, you couldn’t stay here forever. You’d have to go home eventually.”

“I could get another apartment!” he said. I shook my head at him.

“But,” I said, “Your wallet and clothes are home. You need to go home. I will make you an appointment to see one of our psychiatrists as an outpatient.”

“You’re not OK. This is a big problem. This has cost you jobs,” I said.

At this, he became defensive. “I had to park my car right, or else I wouldn’t have been able to get any work done that day!”

“They won’t let me admit you to the hospital,” I said firmly.

“I have to stay here. I can’t go home!” He was shouting now. “It’s perfect! It’s finally perfect!”

A heavy silence fell over the room. We both just sat there.

Richard froze and gave me a look, startled and quizzical at the same time. “Dust?”

“Yes, yes,” I said, realizing I got my foot in the door. “Dust. Dust will settle even in the cleanest of apartments. Eventually, dust will settle, and it will not be perfectly clean. You have to go home and clean up the dust, which means you can go home again.”

By appealing to the rational part of his brain, the behavior that drove him to the ER in the first place would now get him home. I called him the next day to set up his outpatient psychiatry appointment. He agreed to come to our clinic to take the first step in getting the help he needed.

[This article originally appeared in print as, "Lather, Rinse, Repeat."]