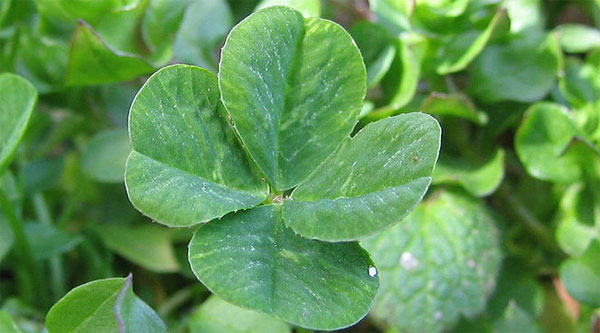 Superstitions run rampant in our daily lives. Sportsmen wear lucky clothes that they refuse to wash during tournaments. Actors refer to Shakespeare’s Macbeth as “The Scottish Play” within the confines of a theatre, because the name is said to be cursed. Everywhere, people knock on wood, cross their fingers and carry lucky mascots. It’s easy enough to dismiss these beliefs as the silly by-products of irrational minds, but Lysann Damisch from the University of Cologne has found an upside to superstition – they can improve our performance in a variety of tasks, from physical challenges to memory games. It’s all to do with self-confidence. Pandering to luck-related superstitions, by crossing your fingers in hope or saying “break a leg”, can boost a person’s faith in their own abilities, giving them the edge they need to excel. First, Damisch asked 51 students to complete a dexterity challenge: get 36 ball bearings into a grid of 36 holes as quickly as possible, by tilting the cube they sat in. If she told them to start by saying either “On ‘go’, you go” or “I press the watch for you”, they took between 5 and 6 minutes to finish. But if she said “I press the thumb for you” (the German equivalent of crossing your fingers), they took around 3 minutes. In another study, Jamisch asked 41 students to come with a lucky charm, which she took away to photograph. In some cases, she brought it back and in others, she left it in the other room, citing problems with the camera. The students then completed a seemingly unrelated memory game, where they had to match 18 pairs of face-down cards by turning over two at a time. The volunteers who had their lucky charms did much better than those who were bereft of theirs. Before they started on the game, the recruits all completed a questionnaire. Their answers later revealed that those who were given back their charms didn’t feel any less anxious about the game. But they did feel more confident and their degree of extra optimism accounted for much of their extra success at the memory game. In a final experiment, Jamisch repeated the lucky charm set-up with a couple of tweaked details. This time they had to make as many words as possible from a set of 8 letters and, crucially, they had to set themselves a goal to aim for. As before, those who held their lucky charms felt more confident and scored better, identifying an average of 46 words compared to the mere 31 deciphered by their mascot-less peers. Their goals revealed why – not only did they set themselves loftier targets, but they stuck at the problem for much longer. These experiments are remarkably consistent in showing that a variety of superstitious beliefs have a positive effect on a variety of tasks, both physical and mental. They work whether the superstition is activated by someone else (as in the case of the crossed fingers) or if it’s something unique to the individual (as in the case of the lucky charms). And they work because superstitions, by prompting feelings of good luck, can make people more confident in themselves, prompting them to try harder and aim higher at the things they do. The fact that superstitions can lead to tangible improvements in physical and mental performance could help to explain why they’re so commonplace and closely held. But before we conclude that they are a force for good (and I can sense the bristling from the skeptic community already), it is worth discussing the study’s narrow scope. Jamisch certainly does that – she acknowledges that she deliberately focused on positive superstitions associated with good luck, because these are far more common. She might find a different effect altogether if she considered events linked to misfortune, like crossing the path of a wrongly coloured cat, doing the same tasks on Friday 13^th, or stepping under an open ladder. Nor did Jamisch study the negative side of superstitions, the psychological drawbacks that could hinder performance rather than help it. Previously on this blog, I’ve written about how people tend to spot false connections in unrelated events and accept superstitious rituals in the first place if they lack a sense of control in their lives. As I noted then, the big worry is that superstitions, while potentially providing temporary benefits, could prevent people from taking responsibility for changing their own fates or even form the basis of catastrophic decisions. Clearly, the effects described by Jamisch’s study need to be considered as part of a bigger psychological canvas. The effects of crossed fingers on anagram tasks is one thing, but the effects of conspiracy theories or religious traditions on our ability to understand the world around us and to make decisions in our lives is another matter entirely. Reference: Psychological Science http://dx.doi.org/10.1177/0956797610372631 or http://pss.sagepub.com/content/early/2010/05/27/0956797610372631Image by PhyzomeMore on superstition: