Stargate Atlantis and the Ghost in the Machine 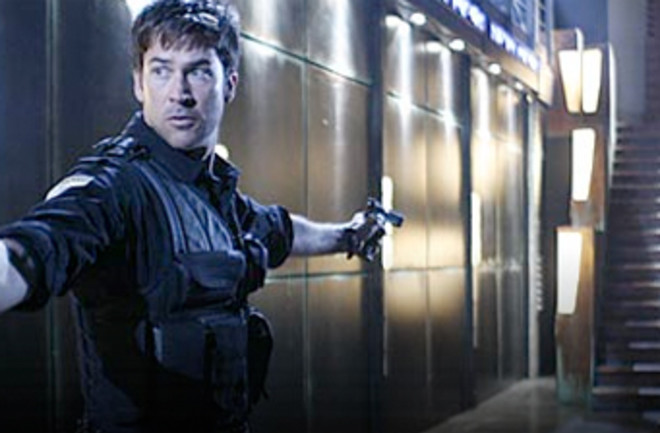 Friday night's episode of Stargate Atlantis featured the computers of Atlantis being besieged by a group of entities seeking to move onto a higher plane of existence (warning, mild spoilers below!). One of the entities turned out to be none other than Elizabeth Weir, onetime leader of the Atlantis expedition, who was believed to have been killed after her capture by the Replicators, technologically advanced humanoid life forms assembled from countless tiny nanoscale robots (played by a different actress in this episode). Weir has become a Replicator too, and has joined a small band interested in following in the footsteps of the Replicator's creators (and humanity's pseudo-ancestors), a super-duper technologically advanced race known as the Ancients. The Ancients are (more or less) no longer around, having long since ascended to another plane of existence. Ironically, it seems as if the fact that the Replicators are technological constructs is the limiting factor in preventing their ascension—the Ancient's path to the next plane of existence appears to be a biologically-based one. Part of the irony is because real-world thinking about the ability to transcend the bounds of our current existence is very firmly tied to progress in the computing realm. One scenario involves computers reaching a point where they can host a human mind, with silicon (or other, more exotic, materials) providing a substrate for a consciousness just as the neurons within our skulls provide a substrate for our minds today. Humans would scan themselves in, and digital versions of themselves would be free of the limits of our biological bodies, including death and disease. This scenario is only one of a number of possible futures that all fall under the rubric of the singularity, a term coined by futurist Vernor Vinge. Essentially, the singularity is a point sitting sometime in our future where the pace of technological change becomes so rapid, and makes such deep impact on our existence, that being able to envision what happens after the singularity is like a chimpanzee trying to figure out the design schematics for the space shuttle.