Spore: A Galaxy of Fun 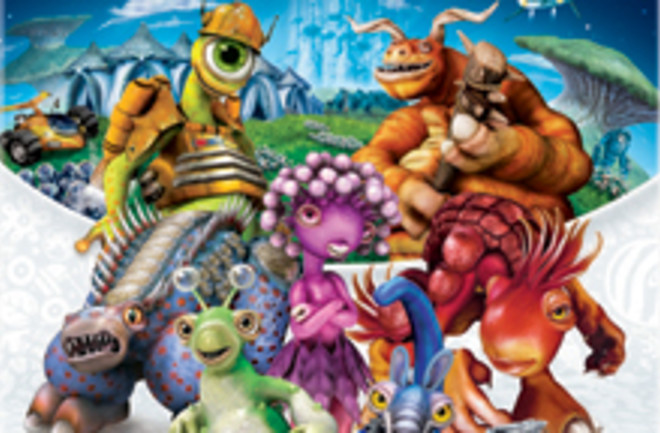 It's been a long time in the making, but Spore has finally been released today for Windows and Macs. The brainchild of Will Wright, (best known as the creator of The Sims) this video game allows the player to go from controlling a protoplasmic blob in a tide pool to commanding a galactic empire. DISCOVER interviewed Will Wright about the Big Thoughts behind Spore in 2006, but what's it like as a game? A helluva lot of fun actually, dispelling my fears about its premise. You see, Wright has tried to make a game based around evolving a creature from a tidepool through sentience and beyond before: in 1990, as a sequel to the seminal SimCity, he released SimEarth. SimEarth allowed players to control things like plate tectonics, or bombard a planet with comets to create oceans, in the hopes of creating an ecosystem conducive to intelligent life. While intellectually interesting, the actual gameplay was a little dull. But Spore has fun baked into its DNA: the game takes up a whopping 4 gigabytes of disk space, and all those bytes show up in the deep richness of the game's environments (and then some. For example, in a later stage of Spore, there's an in-game tool you can use to compose your own national anthem.) A huge amount of effort has gone in making the gameplay intuitive, rather than have the player drown in a sea of complex controls with no clear idea of what to do (which was big part of the problem with SimEarth.) Rather than an omniscient God looking down on your worlds, Spore puts you right into the action, and gives you the feel of truly exploring something vast. Spore has five distinct stages, and the biological evolution angle actually only shows up in the first two. The first stage is brief, as you try to avoid being eaten in a tidepool and accumulate enough points to be allowed to crawl onto land. The second stage is where things really get interesting: as a land creature, now the goal is to accumulate enough points to develop sentience. As you roam the landscape, you have frequently have the chance to alter and incorporate new parts into your body plan. Your personal preferences and style of play will soon mold a unique creature--want to feast on that herd of heavily-armored herbivores two hills over? Invest in some serious teeth and claws. Tired of getting eaten by a nasty predator? Maybe faster feet are what you want. The kind of choices you make in each stage of the game manifest in different starting abilities at the next stage. After the initial two stages, cultural evolution takes over, and you find yourself designing villages and airplanes rather than better tails and arms. In truth, the two middle stages, where you bring your tribe to continental prominence, and then seek global economic, military or religious domination, are the weakest, simply for being the least original. The gameplay adopts a style familiar to anyone who has played a real-time strategy title. But they're still fun. The final stage is when you achieve interstellar flight: you can explore the universe, searching for rare artifacts, or trade and establish diplomatic relations with your neighbors, or go to war, or all of the above. Comets, asteroid belts, nebulae, black holes, gas giants and more fill a galaxy full of stars. You can visit every star, every planet orbiting every star, and every valley and hill on every planet--I've visited 250 star systems so far, and I haven't even really made a dent in the total population. My only quibble with the game is that there is no autosave and only one "save" slot per game, meaning that if you make a mistake that leads to disaster, you sometimes find yourself spending a lot of time just digging yourself out, but, on the other hand, this does play into the whole evolutionary concept of effects--good and bad, small and large--inexorably shaping the future. So, Spore came out a few years later than anyone expected. Usually that means Bad Things (veteran gamers will remember the Daikatana debacle), but in this case the obvious attention to getting the details right means that Spore was worth the wait.

More From Discover
Mind
How Does Alzheimer's Disease Lead to Death?
Mind
Calming Kids With Electronics May Affect Emotion Regulation Skills
Mind
Gut Bacteria's Role in Anxiety and Depression: It’s Not Just In Your Head
Mind
What Psilocybin Psychedelic Mushrooms Are Teaching Us About Human Consciousness
Mind
How Failing Could Actually Help us Succeed
Mind
Can Playing Video Games Make You Smarter?
Recommendations From Our Store
My Science ShopDiscover STEM Kits
My Science ShopDiscover 2022 Calendar
My Science ShopStrange Science
My Science ShopElements Flashcards
Shop Now
Stay Curious
Join
Our List