Spoof Papers And The Ethics of Academic Publishing

A Sokal-style hoax philosophy paper has triggered much debate over academic standards in the field. 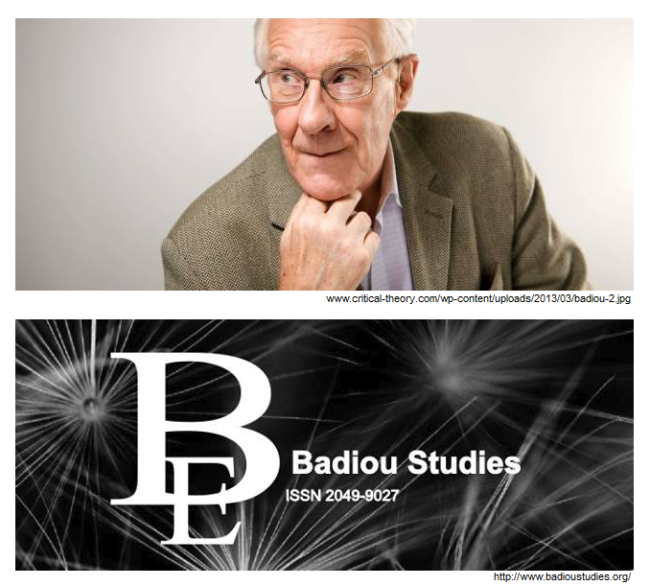 The intentionally nonsensical spoof article, signed by 'Benedetta Tripodi' but really the work of Philippe Huneman and Anouk Barberousse, was accepted and published by the journal

("a multi-lingual, peer-reviewed journal") which is devoted to the work of French philosopher Alain Badiou. It's since been retracted. Cue hand-wringing. I don't know much about Badiou but this case got my attention because I do have an interest in, shall we say, anomalousacademicpublishers. I was also very interested to read this reflection on the issue by philosopher Justin E. H. Smith, who calls himself a friend and colleague of the hoaxsters Huneman and Barberousse. In particular, I was struck by Smith's lament for academic publishing:

My laughter on first reading Huneman and Barberousse's text quickly gave way to two concerns. One is that the joke is not so much on the abstruse theory-heads, as had surely been the case in the Sokal incident. The joke isn’t on anyone who is committed to any particular ideology or style of thinking at all. The joke is, rather, on the folks running these pop-up online journals with their ludicrously low editorial standards. Remarkably, the editors of the Journal of Badiou Studies even admitted as much when they complained of Huneman and Barberousse’s ‘dated’ method of attack "in an age when the pressures on independent Open Access publishing include underfunding and time-pressured staff." In other words, the editors effectively confess that they do not have the resources to produce a decent journal on their own, and so must rely on the good will of the contributors to not send them crap.

He concludes in devastating fashion:

But many people who submit to journals are not in a position to know of their own work whether it is crap or not, and for this reason alone a journal that does not have the resources to weed out crap would be doing scholarship a far greater service by simply not existing... It seems to me in other words that what this hoax exposes is not so much Badiou, or his gullible acolytes, but rather the dismal state of publishing today - or perhaps we should not dignify it in this way, and instead call it what it is: posting. The Journal of Badiou Studies is a website masquerading as an academic journal.

In my view, Smith is absolutely right - but I want to put in a good word for 'posting'. This is, after all, a post I'm writing. Posting (or blogging, or indeed, tweeting) can be a perfectly good medium for academic debate. A good blog post does more to advance scholarship than a bad paper. Plus, at least in my experience, many papers start out life as blog posts or online discussions. The problem Smith identifies is when a post masquerades as a paper. But why is this a problem? The problem is that if I write a post, it's endorsed by no-one but me (or the other authors). Whereas a 'peer reviewed' paper is meant to carry the imprimatur of (in theory) 'the academic community' as a whole. This is the point of peer review: a paper which has the approval of the peers can be said to meet the standards of the community. But if peer review fails, as it did at Badiou Studies, then a mere post is wrongly given the stamp of approval, and this drags down the credibility of the whole of that scholarly field. So when Smith says that a journal such as Badiou Studies"would be doing scholarship a far greater service by simply not existing", I would have said "by not existing as a 'peer reviewed journal'." Such a small open-access journal might be able to function much better as a blog, without the burden of responsibilty that peer review entails. The trouble with that, however, is that whereas academics often pay to have their work published in an (open access) academic journal, I doubt anyone has ever paid to be published on a blog. So for the people running OA journals like Badiou Studies, going down the blog route would mean no more income from publishing. This is the dilemma: academics are so desperate to publish peer reviewed papers that they're willing to pay for the privilege of driving down the standards of peer review (edit: although Badiou Studies themselves do not charge authors for publication.)