Some Kids Are "Pathologically" Addicted to Video Games, Study Finds 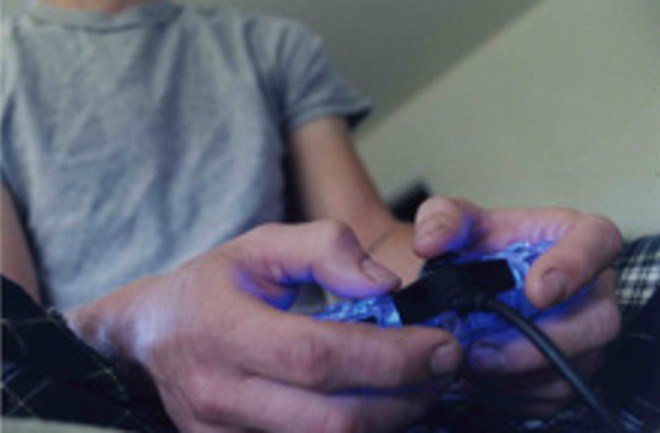 Some kids lie and steal to get an opportunity to play a thrilling video game, while others say they have to spend an ever increasing amount of time playing games to get the same level of enjoyment, and feel irritable when they can't play. All these behaviors, recorded in a new survey of young gamers, are actually symptoms of addiction to video games, psychologist Douglas Gentile argues.

"I think we're at the same place now with video gaming as we were with alcoholism 40 years ago," said Gentile, noting that decades of research finally showed that alcoholism is a disease [HealthDay News].

The study, published in the journal Psychological Science, surveyed more than 1,000 American kids ranging in age from 8 to 18. Gentile used a questionnaire adapted from a set of questions used to diagnose compulsive gambling in adults, and found that almost one in ten respondents showed signs of "pathological gaming," meaning that they exhibited at least six of the 11 criteria of addiction. Gentile claims that

he started his research with doubts about the possibility of addiction. "I thought this was parental histrionics -- that kids are playing a lot and parents don't understand the motivation, so they label it an addiction," he said. "It turns out that I was wrong" [Washington Post].

The study found that four times as many boys as girls met the criteria for addiction. "Pathological gamers"

received worse grades and were more likely to report having trouble paying attention in school than non-pathological players.... They were more than twice as likely to have been diagnosed with attention-deficit disorder [HealthDay News]

. They were also more likely to have been involved in physical fights recently. But the study didn't attempt to determine whether excessive game playing caused the academic or social problems. Explains Gentile:

"It is certainly possible that pathological gaming causes poor school performance, and so forth, but it is equally likely that children who have trouble at school seek to play games to experience feelings of mastery, or that attention problems cause both poor school performance and an attraction to games." ... The best advice to parents is simply to monitor the amount of time their children spend gaming, and to keep an eye on their school work and social activity [Ars Technica].

Related Content: 80beats: Slot Machine Near Misses Are Perfectly Tuned to Stoke the Addiction DISCOVER: Win Some, Lose More discusses the euphoria and gloom of gambling