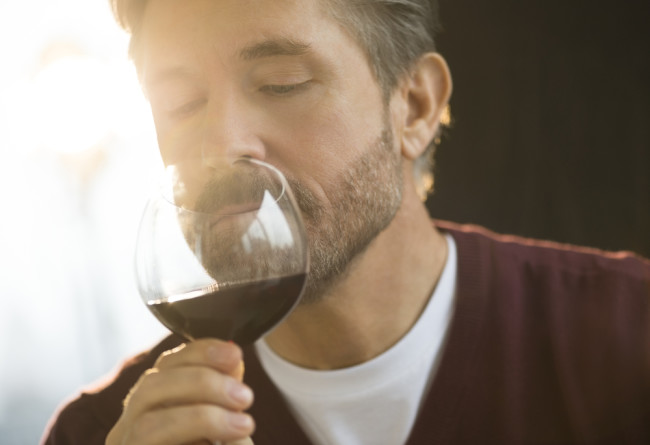 “A rose by any other name would smell as sweet,” Juliet tells Romeo in Shakespeare’s famous play. Turns out she was right, literally speaking, at least. Unlike sights and sounds, smells are complex, made up of hundreds of different odorous molecules. The scent of a rose, for example, has 275 of them. But a dominant few are what make a rose smell like a rose – at least to our noses. So just how sophisticated is our sense of smell? If the rose was buried in, say, a big bouquet of daisies and irises, would we still be able to pick out the rose’s scent among the others? Most likely, yes, a new study

suggests. The experiment, conducted by researchers at Rockefeller’s Laboratory of Neurogenetics, shows the human nose is far more discerning than previously thought. While scientists had assumed the average person could distinguish among about 10,000 smells, the Rockefeller study puts that number way, way higher, at 1 trillion unique scents.

Since smells are so multifaceted, the research team needed to find out how well people could tell the difference between scent mixtures that were similar, but not identical. So Andreas Keller, who led the study, whipped up 200 odor cocktails, choosing from an ingredient list of 128 odorous molecules that are the building blocks of orange, spearmint, anise and many other scents. He varied the formula so that different odor molecules dominated each of the mixtures. For each test in the experiment, Keller and his team asked 28 volunteers to sniff three vials – two containing the exact same cocktail, and one with a different mixture – and identify the unique one. While the sniffers’ responses varied quite a bit, on average they easily could distinguish between mixtures that shared less than 50 percent of the same components. Above that, it became harder to tell the difference, although some volunteers could discriminate between mixtures that were up to 90 percent similar. "The message here is that we have more sensitivity in our sense of smell than for which we give ourselves credit,” says Leslie Vosshall, who heads the laboratory and co-authored the study. “We just don't pay attention to it and don't use it in everyday life.” Smell of Success The new study, published this week in the journal Science, puts the nose far above the eyes and ears in its powers of discernment: researchers estimate we can see between 2.3 million and 7.5 million different colors, and we can hear about 340,000 tones. And it's quite likely that the human nose actually can detect even more than 1 trillion smells, because scent molecules combine in many more ways in the real world than the researchers were able to mimic in the lab, Vosshall added.