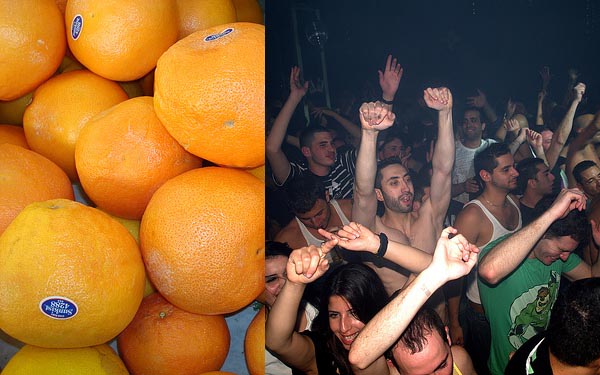 Air fresheners aren’t just for Grandma anymore. Dutch scientists suggest that as smoking bans mean club-goers can now smell all the nasty beer, puke, sweat, and so on in nightclubs, owners may want to spritz their businesses with "carefully selected fragrances [that] can enhance dancing activity, improve the overall perception of the evening, and improve how nightclub goers rate the music as well as their mood," as a press release

puts it. In true scientific fashion, the researchers then went clubbing to test their hypothesis. Their scents of choice were peppermint, orange, and seawater (?), dispersed via fragrance machines into three different clubs popular with students. The researchers observed the levels of dancing on the dance floor and afterwards waylaid 849 club-goers with questionnaires. Did they have a good time? How was the music? How were they feeling? The researchers found that the scents got people to dance more and upped their mood and attitudes about the clubs compared with scentless trials, and that each of the three smells had the same effect, which was somewhat unexpected---they'd thought that peppermint would be invigorating, orange soothing, and seawater neutral. Nevertheless, they concluded that "environmental fragrancing" might be a real draw for nightclubs, encouraging return visits and greater spending. A triumph for business and science? Perhaps, but nightclub owners might want to keep in mind the possibility of allergic reactions to fragrances

. Hives can put you in a bad mood like nothing else. Image credit: From images by Svadilfari and David Shankbone/flickr