Science Fiction and the Modding of Our Future 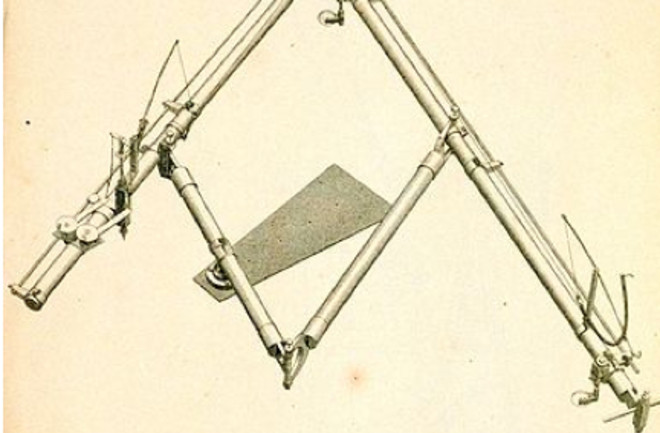 The chasm between science and the humanities is nowhere more blatent than the lack of work on how science fiction is reprocessed and used by those of us securely strapped into the laboratory. It's a topic that attracts some heat: Some scientists take to suggestions of inspiration between their creations and those in preceding Sci-Fi with the excitement of a freshman accused of buying their midterm essay off the internet. In Colin Milburn's new work on ways of thinking about this interaction, he refers to Richard Feynman's 1959 lecture "There's plenty of room at the bottom." This lecture is a key event in the history of nanotechnology. In it, Feynman refers to a pantograph-inspired mechanism for manipulating molecules. It turns out that he most likely got this idea from the story "Waldo" by Robert Heinlein, who in turn probably got it from another science fiction story by Edmond Hamilton. Rejecting the suggestion of influence, chemist Pierre Laszlo writes: “Feynman’s fertile imagination had no need for an outside seed. This particular conjecture [about a link between Feynman and Heinlein] stands on its head Feynman’s whole argument. He proposed devices at the nanoscale as both rational and realistic, around the corner so to say. To propose instead that the technoscience, nanotechnology, belongs to the realm of science-fictional fantasy is gratuitous mythology, with a questionable purpose.” A strange additional element of the social dimension of science operating in this comment is a certain fixation with credit among scientists, nicely expressed by Kissinger in his "There is no politics quite as vicious as academic politics, because there is so little at stake." In doing science, few things cause more grief than arguments over who contributed what to a scientific study, and what order the authors names should have on some publication. The suggestion that Feynman got his idea from elsewhere will immediately incite a credit fight among supporters and detractors; the fact that the source was literature just adds another dimension to this fight. Colin Milburn also talks about barriers in the humanities to properly understanding the interactions between narrative fiction and bench work in the laboratory. One of these is the idea of narrative fiction having organic unity that doesn't take well to decomposition into the most adaptable and usable parts from a scientific perspective. Despite these barriers from both sides, it's clear that there's lots of ideas flowing from science fiction into science itself. Milburn suggests we think of science fiction as being repurposed and remixed into lab bench practice through three different kinds of "mods". The first is the blueprint mod where some discrete part of science fiction is used as a blue print for something in real life. He gives the example of Second Life, which was a blue print mod from the Metaverse in Neal Stephenson's "Snow Crash." The second is the supplementary mod, where the originating sci-fi has elements of technical impossibility to it, so it can't be taken into the lab without some substantial modifications. Teleportation is an example of this: the quantum entanglement underlying recent examples can only occur with zero-mass states of atoms, which is to say pure information, a bit of a problem for applying it to people a la Star Trek even with the most strenuous of diets. The third is the speculative mod. Here science projects its future possibilities using the language of sci-fi. Milburn gives Kurzweil's "The Singularity is Near" as an example of one of these mods. As Milburn's categorization of the ways in which fictional narratives about science and technology get put into practice percolates in my mind, I see a rich stream of case studies in my own work and those of my colleagues. It would be good if the result of looking at scientific practice through the lens of these ideas would be to nudge these two creative enterprises -- work at the bench, and the crafting of stories -- a bit closer together. Perhaps in the future scientists will have workshops (modshops?) with story creators in a similar way in which business execs collaborate with creatives to get people thinking outside of their usual constraints. Other links: The science-humanities gap is often discussed with reference to C.P. Snow's Two Cultures. Interdisciplinary programs that combine art and science studies attempt to heal the divide: here's a discussion of some work on that.