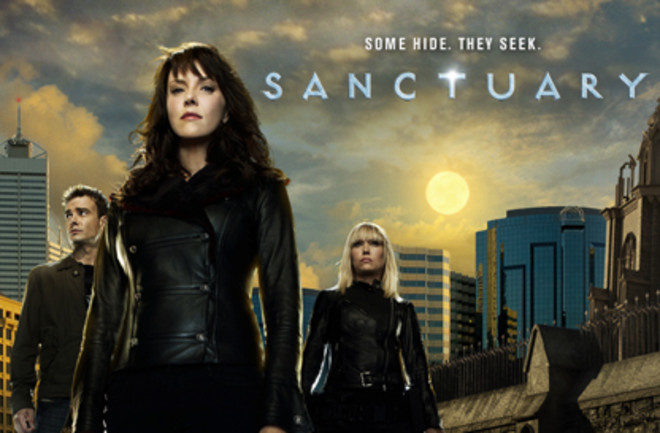 The last episode of Sanctuary revolved around the test of aerosolized biological weapon targeted at abnormals, the extraordinary creatures that are the show's raison d'etre. Science Not Fiction commented recently on some of difficulties involved in creating effective bioweapons, and the choice of an aerosol-based delivery mechanism by Sanctuary's writers is spot on. The particular biological agent in question is a designer prion, and a nasty little buggers they are indeed. Prions are neither bacteria nor viruses. A normal prion is a protein that forms naturally in our cells. Proteins are basically long chains of amino acids. The amino acids, little modular molecules, get snapped together into the chains based on instructions encoded in out DNA. The chains then curl up or fold almost instantly into various shapes. Different proteins perform different functions, and their folded shape is absolutely critical to performing their functions. In a prion disease, it is believed that the prion folds incorrectly, and the malformed prion protein begins to damage the cell. This wouldn't be so bad in itself -- our cells can handle a single botched protein out of the countless number that are produced every day. But malfolded prions possess a remarkable property. They can cause other, normally folded, prions to distort into the same maladjusted state. Thus, prions are able to replicate and spread throughout tissue without using either DNA or RNA, which is the essential replicating machinery of cells and viruses respectively. This is an incredible feat, and one that seemed impossible when scientists first began to suspect what was going on in the 1960s. Since then prions have come to fame as being responsible for Mad Cow Disease, and its human equivalent of CJD. Exactly how and why prions -- and proteins in general -- fold the way they do is still a very active area of research in molecular biology. If you want to help out, you could consider downloading the Folding@home project software, which will use otherwise wasted time on your computer's CPU to model complex protein folding problems.