Sad and Ironic Study Says Loneliness Can Be Contagious 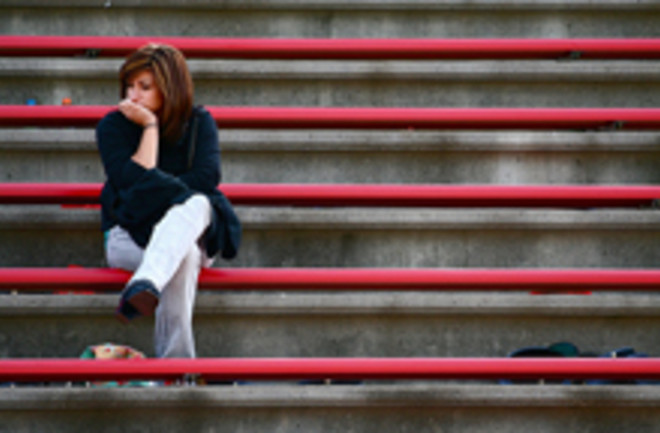 In our slideshow this fall of social factors that make you fat, DISCOVER mentioned research from 2007 that gathered data from the famous Framingham Heart Study, which has been tracking people in the Massachusetts town since 1948, to show that having overweight friends made people more likely to put on the pounds. Now, another study, this time published in the Journal of Personality and Social Psychology, uses the same Framingham data to suggest that loneliness is actually contagious. But how could the feeling of social isolation be socially contagious?

The federally funded analysis of data collected from more than 4,000 people over 10 years found that lonely people increase the chances that someone they know will start to feel alone, and that the solitary feeling can spread one more degree of separation, causing a friend of a friend or even the sibling of a friend to feel desolate [Washington Post]

. Friends of lonely people were 52 percent more likely to develop lonely feelings, the researchers say, and a friend of that person was 25 percent more likely. Lonely people, the researchers suggest, become less trusting of others and of their own social skills, and they have fewer interactions as they supposedly move further toward the periphery of their social networks. As the social connections they do have start to fade, the argument goes, their friends begin to feel lonelier and the wave of loneliness begins to spread through the social network. Study author John Cacioppo argued back in 2006 that loneliness raises heart rate and makes people unhealthier. But lest he be accused of picking on individuals, he says that's not the case.

“Society tends to think of it as an individual characteristic — there are just loners,” he says. “But that’s the wrong conception of what loneliness is. It’s a biological signal motivating us to correct something that we need for genetic survival. We need quality relationships. We don’t survive well on our own” [MSNBC]

. Still, if you're suspicious of these social network studies suggesting that happiness, loneliness, fatness, and lots of other attributes spread like the plague, you're not alone—some scientists feel the same way. Says Jason Fletcher:

"It is unclear whether their statistical model will 'find' social contagion in every outcome they examine because of the limitations." ... He and a colleague conducted a similar analysis using data from a large federal survey to show that acne, headaches and even height could appear to be spread through social networks if not analyzed properly [Washington Post].

Related Content: 80beats: Happiness Spreads Like the Plague DISCOVER: Why Loneliness is Bad for You DISCOVER: Will Loneliness Spell Society's Doom? DISCOVER: How to Make Your Friends Fat (slide show)