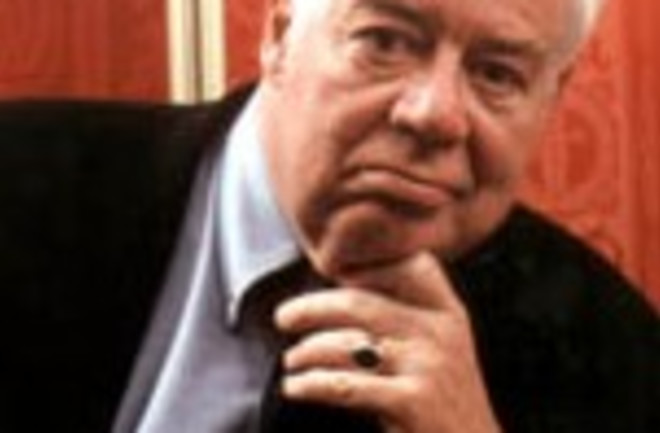 Richard Rorty has passed away. He was arguably the most well-known living American philosopher, not least of which because he was a wonderful communicator; see Jacob Levy's appreciation of his rhetorical skills. Intellectually, Rorty was hard to pin down; while he was most closely identified with the American pragmatist tradition of Dewey and Peirce, he was trained as a hard-core analytic philosopher, and later became heavily influenced both by Wittgenstein and by continental/"postmodern" philosophy. So he managed to annoy everybody, basically. But his real project was to take seriously radical critiques of meaning and truth while simultaneously offering a positive prospect for morality and human living. Which is a good project to have, I think. Wikipedia has a representative quote from Contingency, Irony, and Solidarity, in which Rorty spells out his view of a good "ironist":

(1) She has radical and continuing doubts about the final vocabulary she currently uses, because she has been impressed by other vocabularies, vocabularies taken as final by people or books she has encountered; (2) she realizes that argument phrased in her present vocabulary can neither underwrite nor dissolve these doubts; (3) insofar as she philosophizes about her situation, she does not think that her vocabulary is closer to reality than others, that it is in touch with a power not herself.

As physicists go, I'm more sympathetic to postmodernism than most. (Who are, you know, not very sympathetic.) What I really think is that people who think carefully about science and people who think carefully about the social construction of truth would have a lot to learn from each other, if they would approach each other's concerns and insights in good faith, which is hard to do. When Rorty talks about "final vocabularies" in the quote above, he's not really thinking of "quantum field theory" or "general relativity" or even "the scientific method," although they would arguably be legitimate examples. He's thinking of doctrines of religion or morality or politics or ethics or aesthetics that we use to judge good and bad and right and wrong in our lives. These are areas in which such vocabularies truly are contingent, and unpacking our presuppositions about their finality is a useful practice. Science is different. To do science, we presume the existence of a "real world" that is "out there" and follows a set of rules and patterns that are completely independent of whatever actions we humans may be taking, including our actions of conceptualizing that real world. Questions of good and bad and right and wrong are not like that; their subject matter is our judgments themselves, which are subject to interrogation and ultimately to alteration. Right and wrong are not out there in the world to be probed and described; we create them through various human mechanisms. A scientist cannot consistently hold radical doubts about the nature of the real world. On the other hand -- and this is the part that, I think, scientists consistently miss -- we certainly can hold radical doubts about the vocabulary with which we as scientists describe that real world. In fact, when pressed in other contexts, we are the first to insist that scientific theories are always useful but limited approximations, capturing some part of reality but certainly not the whole. Furthermore, even experimental data do not provide any unmediated glimpse of reality; not only are there error bars, but there are also the irreducible theory-laden choices about which data to collect, and how to fit them into our frameworks. These are commonplace scientific truisms, but they are also deep postmodern insights. In my personal intellectual utopia, postmodernists would appreciate how science differs from morality and ethics and aesthetics by the ontological independence of its subject matter, while scientists would appreciate how there is a lot we have yet to quite understand about how we use language and evidence in an ultimately contingent way. Just as Rorty wanted to make ironic skepticism compatible with human solidarity, I'd like to see suspicion toward final vocabularies made compatible with the undeniable truth of scientific progress. Or am I just being ironic? More:Mixing Memory has a list of other blog posts on Rorty; Continental Philosophy has a collection of links and a recent video.