Researchers Say: Fill Your Bladder To Clear Your Mind 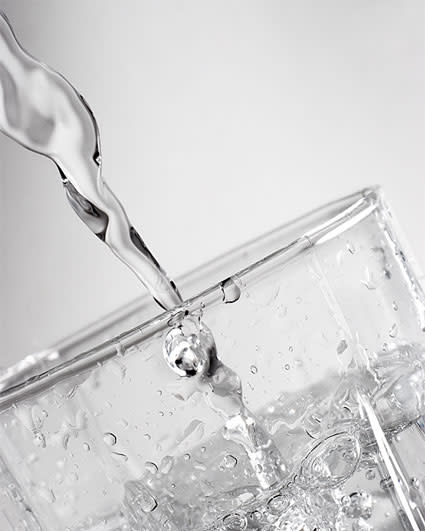 Before you make any life-altering decisions in the future, you may want to guzzle a few liters of water. At least, that's according to new research that found that people with water-filled bladders are better at making decisions about their future---a finding that not only counters common sense, but also flies in the face of past psychological consensus. Lead author of the study published in Psychological Science, Mirjam Tuk, a scientist at the Netherland's University of Twente, landed upon this unique research topic after she drank too much coffee during a lengthy lecture. As the coffee made its way to her bladder, she asked herself a question: "What happens when people experience higher levels of bladder control?" And with that start, she devised an experiment to test whether people's ability to control their bladders allowed them to better control other desires. To test this, she had volunteers either drink five cups of water, or sip a tiny bit of water from five different cups, and after 40 minutes, she assessed the self control of each group by asking them a series of questions. The participants had to choose between instant gratification or a larger, down-the-road award; $16 in a day, or $30 in over a month from now. The surprising thing is that the people who drank more---the ones whose bladders were full---more often chose the delayed award. It's a surprising finding because, as Tuk explains in the paper's abstract, psychologists believe that "visceral states are known to have a (detrimental) impact on our ability to exert self-control." Psychologists call this "ego depletion": the mind labors to to restrain a bodily function, making it harder to exert self-control in other areas. So how did full bladders lead to better self-control? Tuk's study only established a correlation bladder control with other types of self-control, but she does have a working hypothesis about what's actually happening in her subjects' brains. The reason is that our feelings of inhibition all originate from the same area in the brain, she explained to me in an email, and so it's not too hard to imagine that our self-control in one area can affect---or "spill over" (get it?)---into self-control in other areas. "Hence, people who [are experiencing] higher levels of bladder control, should be better able to control unrelated impulses," she writes. So when you're making any important decisions about investing your nest egg or blowing it on a sports car, you might want to down a glass of water, ignore that need-to-pee feeling, and pull the trigger on the decision. Then go the bathroom, already! Related Content: 80beats: Eating Cheese and Meat May Boost Self-Control 80beats: Study: Restraint as a Youngster Connected to Success as an Adult Not Exactly Rocket Science: People who think they are more restrained are more likely to succumb to temptation Not Exactly Rocket Science: Self-control in childhood predicts health and wealth in adulthood