Researchers Can Find Out Where You Are by Scanning Your Brain 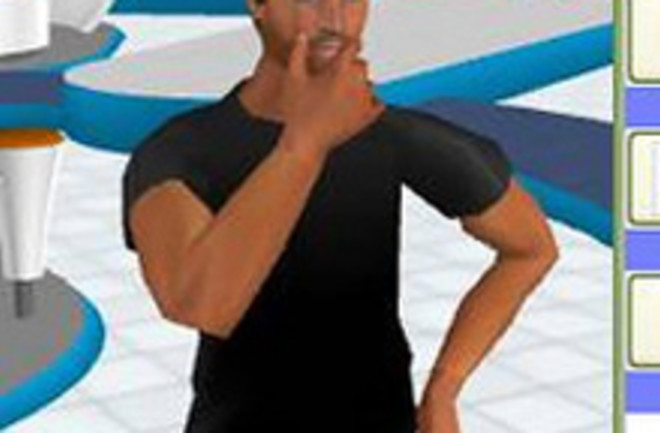 Using not much more than a brain scanner, scientists have successfully found a way to read people's minds—or at least, certain thoughts in them. A London research team was able to determine where its volunteer subjects were located, in a computer-generated virtual environment, by using fMRI scanning to analyze activation patterns in the hippocampus area of their brains. After correlating this information with the subjects' movements, the researchers found that they could accurately predict their subjects' locations based solely on the scanner read-out. The findings may bring scientists one step closer to understanding the workings of the hippocampus, the part of the brain responsible for short-term memory and spatial relationships but which has been too disorganized for scientists, until now, to decode. Led by Eleanor Maguire, the researchers

focused on groups of neurons identified by Maguire in an earlier study of London taxi drivers, whose hippocampi were hyperdeveloped by years of mental navigation through the city's mazelike streets...

. The results "are an intriguing first step toward using fMRI to read out information about visuo-spatial scenes,"[Wired

Arne Ekstrom, a California-based neuroscientist.Computer analysis revealed predictable patterns of activity in each subject's hippocampus. This allowed the researchers to scan the brains of their volunteers and determine which of the four locations each had been in, as well as which room [New Scientist]. This leads scientists to believe there must be some sort of hidden structure in the spatial organization of cells in the hippocampus, even though, said Maguire, "We still don't know how the hippocampal neural code is organized to support memory and activation" [Wired]. The new study, published in Current Biology, involved four men, who were given instructions to navigate virtual rooms, and then to look down at the floor when they reached their prescribed location to deny their brain any access to visual giveaways to their location [New Scientist]. The subjects’ brains were then scanned using fMRI, which highlights active brain regions. The hippocampus is home to neurons known as “place cells,” which tell us our location and are activated when we move around. "Surprisingly, just by looking at the brain data we could predict exactly where they were," [said] Eleanor Maguire…. "In other words, we could 'read' their spatial memories" [Reuters]. The ability to read a person's intimate thoughts, however, is still a long way off. Instead, the greatest significance of the research will likely be seen in understanding memory disorders such as Alzheimer's, a condition in which disorientation and memory loss go hand in hand [Wired]. The Alzheimer's Society's Clive Ballard said, "This exciting development will boost our understanding of the hippocampus, a key area affected in Alzheimer's disease and the most important part of the brain for memory" [BBC]. Related Content: 80beats: Mind-Reading Infrared Device Knows If You Want a Milkshake 80beats: Researchers Find Another Way to Read (a Little Bit of) Your Mind