The cerebral cortex mapped in more detail than ever before. 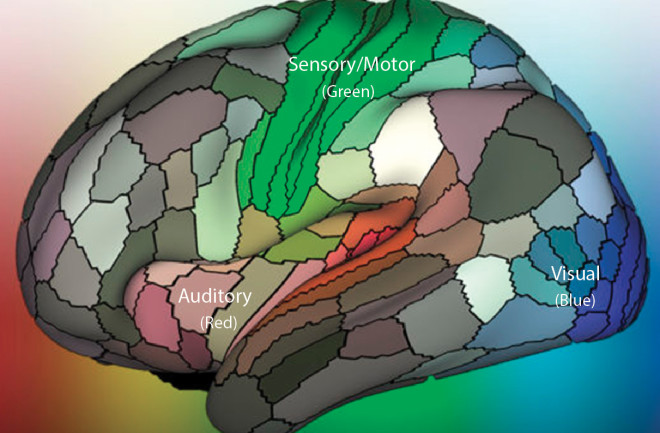 Surprise, surprise: There’s a new map of the brain, just like every other year. But this time, it’s the most comprehensive guide to the human cortex — the brain’s outermost layer, responsible for things like complex thought, creativity and language.

Most maps, like the still-popular Brodmann’s map from 1909, are based on just one property, such as the cells’ arrangement. But the new work, published in Nature in August, incorporates over 100 properties, such as the cortex’s thickness, its wiring and activity during various tasks. Using scans from hundreds of people, the researchers confirmed 83 known functional regions and outlined 97 new ones — either by further partitioning known areas or recognizing overlooked areas.

By subdividing the brain more strategically, the map can help pinpoint particular sections’ functions and help determine how different cortical regions contribute to development, aging and disease. Plus, it can be improved with new information, says Washington University neuroscientist Matthew Glasser, the paper’s lead author. “It’s not like Brodmann’s map, which is set in stone and never changes or gets better.”

Psychedelic Research on How Mushrooms Can Help Combat Depression