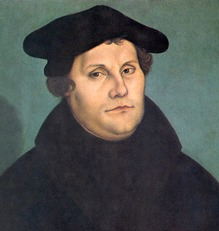 In a short blog post last week, Thomas Insel, director of the National Institute of Mental Health (NIMH), announced that the organization would be

"re-orienting its research away from DSM

categories". After criticizing the fact that

Unlike our definitions of lymphoma or AIDS, the DSM diagnoses are based on a consensus about clusters of clinical symptoms, not any objective laboratory measure... Patients with mental disorders deserve better.

NIMH has launched the Research Domain Criteria (RDoC) project to transform diagnosis by incorporating genetics, imaging, cognitive science, and other levels of information to lay the foundation for a new classification system...

This comes just weeks before the final publication of the latest edition of the American Psychiatric Association's (APA) DSM - the notorious DSM-5. In response to this, the APA released a statement saying, in essence, "Come back when you've actually done it; until then, we'll carry on." What does this mean? Well, you don't need me to tell you. There's been a lot written about this, some that's good, much that's not. A rule of thumb - if it mentions "paradigms" it's probably the latter. For informed commentary, start out here, here and here. In this post, rather than get into the details, I'd like to propose an analogy for NIMH's move. Some people have likened this to a 'revolution'. In a previous draft of this post I toyed with the idea of a 'civil war' or a 'coup'. But none of those really fit. Rather I think that this ought to be seen as a Reformation, as in Protestant. Hey, we're almost at the 500 year anniversary of the 'post' that started the last one. We have an old, hegemonic institution, once revered but increasingly regarded as sclerotic - the DSM system / Catholic Church. This institution is, in theory, the one true embodiment of an idea - biological psychiatry / Christianity. But along comes a critic who believe in the idea, perhaps more fervently than ever, but want to reform the institution that they believe has failed its mission - Thomas Insel / Martin Luther. Note that in this model, the DSM is the Church, not the Bible. Although a lot of people call it 'The Bible of Psychiatry', this ascribes to the DSM too creative a role. All the DSM does is codify and elaborate on a much older set of ideas. You can find the roots of most DSM diagnoses in psychiatry textbooks from decades before it was written. The DSM is more like the Catechism of psychiatry. The RDoC is a rival one. This is why it's wrong to see this as a paradigm shift. The NIMH proposals don't mean a revolution in either research or treatment. Although researchers applying for NIMH grants will have to adapt the language of their pitches, framing it in terms of domains rather than disorders, I suspect that what they do with the money will be much the same. Catholics and Protestants make much of their differences but to the rest of the world, they're all Christians.