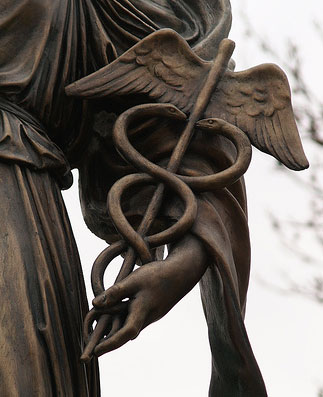 What's the News: Three child psychiatrists at Massachusetts General Hospital and Harvard Medical School who pioneered the diagnosis of bipolar disorder in young children failed to disclose that they had accepted millions in fees from drugs companies, Mass General's investigation, which concluded Friday, has found. The three are now barred from participating in non-research activities sponsored by the pharmaceutical industry for a year, among other restrictions. What's the Context:

that it had completed its investigation of the payments, and the three doctors said in a letter to their colleagues that they were banned from industry-sponsored activities---talks, conferences, and so on---for one year, and would also face two years of close monitoring and a delay in promotion (you can read the whole text here

), but maintained that they had thought they were complying with institutional policy and acted in good faith. The Future Holds: As federal funding for research shrinks, scientists are relying more on private funding. But Senator Grassley hopes that the Physician Payments Sunshine Act

, which was voted into law last year and will take effect in 2013, will ensure greater transparency about conflicts of interest. The law will require institutions to report any cumulative payments of more than $100,000 from drug companies to the government, and failure to disclose payments will incur fines of up to $100,000. This requires, however, that researchers report payments to their institutions accurately, which these three failed to do. As for pediatric bipolar disorder, the debate over whether it exists, how it should be defined and diagnosed, and how it should be treated are ongoing, but the diagnosis will likely be changed to "Disruptive Mood Dysregulation Disorder

" in the next edition of the DSM manual

, which doctors use to diagnosis psychiatric disorders. Advocates of the change hope it will prompt research that is more distanced from adult bipolar and more focused on diagnostics and treatments appropriate to children. (via Nature's Great Beyond