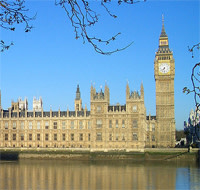 Last year, the UK press was abuzz with the so-called “expenses scandal”. In a time when the county was gripped by recession, we were told that Members of Parliament (MPs) were claiming for all sorts of ridiculous luxuries, all at the taxpayer’s expense. The revelations dominated the news, but the idea that people in positions of power often behave hypocritically isn’t new. It is said, after all, that power corrupts. Now, Joris Lammers from Tilburg University has found solid evidence for this. Through five compelling experiments, Lammers has shown that powerful people are more likely to behave immorally but paradoxically less likely to tolerate immorality in other people. Even thinking about the feeling of power can trigger these double standards. To begin with, Lammers asked 61 students to remember a time when they either felt powerful or powerless. Those that reminded themselves of power were more likely to frown on cheating; compared to the powerless group, they thought that overclaiming on travel expenses was less acceptable. However, they were also more likely to cheat. Lammers gave the recruits the chance to decide how many lottery tickets they would receive by privately rolling two dice. Those who were primed with power were more likely to lie about their scores to wangle extra tickets. To explore this hypocrisy further, Lammers did three further experiments where he manipulated a volunteer’s feelings of power and then gave them a common moral dilemma. All of these involved acts that are technically illegal but that many people take part in, such as speeding or tax-dodging. Their job was to say either whether they would be okay with doing it themselves, or whether they would think it acceptable if someone else did it. He asked 42 students to take part in a simulated government, playing the part of either a prime minister or a low-ranking civil servant. Afterwards, he asked them if it was okay for them or others to break the speed limit when late for an appointment. A second group of 88 students were told to imagine a past feeling of power or powerlessness and asked if it’s okay to turn a blind eye to freelance wages on a tax declaration. Finally, a third group of 42 students had to do a word-search puzzle, where the hidden words signified either power or the lack of it. They were asked about the ethics of keeping a bike that was stolen and abandoned, if you don’t have enough money to buy one yourself. Despite the different psychological manipulations and moral dilemmas, all three experiments found the same trends – the volunteers who felt more powerful were also more hypocritical. They frowned more strongly upon speeding, tax-dodging or keeping stolen goods, but were more lenient about doing it themselves. All these effects were statistically significant, and a questionnaire revealed that the tests didn’t affect the volunteers’ moods. None of them guessed the true purpose of the research. As a final experiment, Lammers asked 105 students to write about an experience of power or powerlessness. But this time, half of them had to describe a time when they were actually entitled to that status, while the others described a time when the position wasn’t deserved. When asked about their opinions on keeping stolen goods, the only hypocrites were those with legitimate power. It seems that power breeds a sense of entitlement, where people feel that they can take more than other people, but also dictate how others should behave. They can preach without the need to practice. But this hypocrisy hinges on the legitimacy of their power. Power corrupts, but it seems that only true power truly corrupts. In these last four experiments, Lammer also found the opposite effect, where the ‘powerless’ groups (and the illegitimately powerful one) showed a sort of anti-hypocrisy. They were harsher about their own transgressions than those of other people’s. Lammers refers to this as ‘hypercrisy’, from the Greek for ‘too much criticism’. You can easily imagine how this combination of hypocrisy and hypercrisy fuels the gap between the haves and the have-nots in human societies. The powerful impose their strict standards on other people while acting with greater abandon themselves. The powerless follow their own rules more rigidly, even though they are less willing to impress those rules on others. It’s a vicious cycle, but one that can be broken if people point out that power hasn’t been earned. There are many ways of doing that, from open revolution to open derision, from flaming pitchforks to fiery satire. Either way, as Lammers says, if a leader’s reputation is undermined, “they may be inspired to bring their behavior back to their espoused standards. If they fail to do so, they may quickly lose their authority, their reputation, and—eventually—their power.” Reference: Psychological Science http://dx.doi.org/10.1177/0956797610368810More on psychology and power: